Combo Live Blog: Trucks On SPEED and NNS On ESPN2 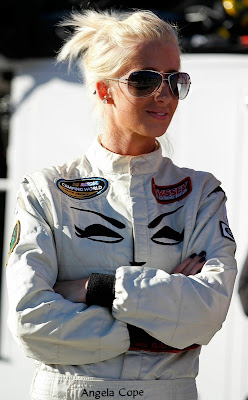 This should be a very interesting afternoon on TV. SPEED starts the day with the Camping World Truck Series from Martinsville, VA. Then, ESPN2 is next with the Nationwide Series from Gateway in St. Louis, MO.

Krista Voda hosts The Set-up pre-race show at 12:30PM. Then Rick Allen, Phil Parsons and Michael Waltrip take over to call the 1PM race. Ray Dunlap and Adam Alexander are on pit road. Trucks are a great show at Martinsville and with some Cup Series cross-overs, it should be a fun race on TV.

College football is again about to play a role in the Nationwide Series this weekend. The trucks are set to begin the telecast at 3PM following a college football game that began at noon. Typically, the games run 3.5 hours.

The excuse from ESPN during this time of the season is that only the meaningless pre-race show is usually lost, so the race should be just fine. That does not help the many teams struggling for sponsorship this year who really need a national TV exposure even before the event.

Vince Welch will call the race from Gateway with Ricky Craven and Rusty Wallace in the TV booth. Down on pit road are Jim Noble and Rick DeBruhl. Craven has worked well with Wallace in the past while Welch is still in the early stages of his attempts at play-by-play.

Earlier today, SPEED telecast the early Cup practice from Martinsville live. Not once in the first 55 minutes of the hour was the RPM and Kasey Kahne situation mentioned. Fans who did not see coverage during the week had no idea that Kahne had changed teams. I felt this was incredibly bad decision-making by SPEED and voiced my opinion. The situation was mentioned once right before the show was over.

It should be very interesting to see how ESPN and SPEED handle the RPM situation on the pre-race shows Sunday morning. NASCAR Now is at 9AM, RaceDay at 10 and NASCAR Countdown at noon.

This combo live blog today will host your comments on the truck race, the Nationwide Series event and the RPM coverage on TV. To add your opinion, just click on the comments button below. This should be a very interesting afternoon. Thanks for joining us to talk about it.