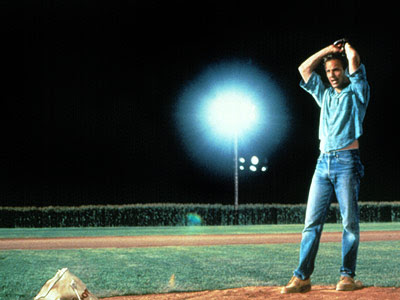 The murky world of online video streaming has been something that NASCAR had avoided. From the start of the existing NASCAR TV contract in 2007, online streaming of actual races was simply not allowed. NASCAR went for the money and sold all the digital rights to the sport, including the ability to stream content online, to Turner Sports.

Over the past several seasons some limited video offerings like RaceBuddy crept into the picture but actual races were never shown, only isolated cameras. ESPN offers the WatchESPN app, but all that does is allow existing ESPN subscribers access to the network's various feeds online.

Now things are about to change. The new guard at NASCAR bought back the digital rights this January, several years before the existing contract was about to end with Turner. While NASCAR may have been several million dollars lighter in the wallet, the move was long overdue. NASCAR will launch a new official website and an entirely new digital strategy in 2013.

While ESPN and TNT are cable networks to which viewers must pay and subscribe, FOX is an FCC regulated over-the-air broadcast network that operates with local stations nationwide distributing its content. The issue has long been that live streaming of races, even if controlled by zip code only to the US, would not be able to carry the same commercial inventory sold for TV.

Former FOX Sports chief David Hill said the local TV stations would revolt if the NASCAR product they carried was also available online. He also said it would ruin the ability of FOX to make back the money it paid to get NASCAR through national TV ad sales.

Having the new management group at FOX confirm streaming for 2013 in whatever form is one of the most significant improvements in terms of digital technology the sport has ever seen. Finally, the Daytona 500 on your iPad or android phone. After all these years of digital disaster, the sport is waking up.

If Shanks is kicking the door open, it is going to be up to NASCAR to decide if another audience is going to be served. There are folks who would pay a small fee to view a Sprint Cup Series race online from start to finish without commercials. NASCAR currently provides such a feed for TV viewers outside of the US called the world feed.

Since US commercials cannot be shown in other countries for obvious reasons, there has been a world feed for several years originating for Cup races. The idea would be to package the commercial-free races either as an entire season or a la carte for digital users to access. It would be no different from the current Trackpass and Raceview packages now offered by NASCAR, but this time it would be actual race video.

What this does is open the door to a new group of fans who want to interact with more than just a three hour live TV telecast where perhaps a bored announcer reads some fan tweets on the air. The younger set wants all the digital technology bundled, a social media-friendly platform available and the live video with no commercials.

As the off-season begins, details of what NASCAR will offer next season in terms of online video will certainly emerge. Hopefully, there will be a full slate of offerings outside of the content controlled by and limited to the existing TV partner websites and apps. It will be important to get as much news and "support programming" online as well. Imagine the Friday activity from the tracks streamed for free to build interest for the weekend races.

It probably should have happened years ago, but give NASCAR credit for taking control and working to get the digital side of the business organized. This story will continue to unfold over the next three months leading up to Daytona.

We welcome your opinion on this topic. Comments may be moderated prior to posting.
Posted by Daly Planet Editor at 8:00 AM 18 comments: