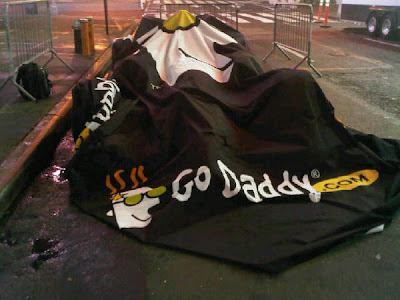 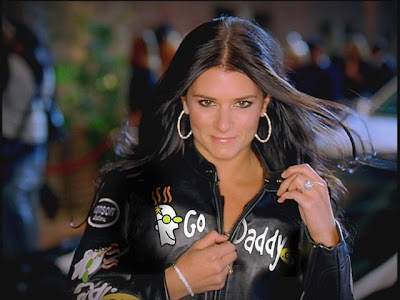 The master manipulator of the mainstream media is at it again. Bypassing the cable sports networks and even shows like Race Hub on SPEED, Danica Patrick is instead hitting the Big Apple and doing what even the 12 Chase drivers could not do. She is calling her own shots on the national TV morning shows.

Patrick begins her day on Good Morning America over at ABC in an appearance scheduled for 8:30AM ET. The studio anchors for this program are Diane Sawyer, Robin Roberts and Chris Cuomo. Roberts was a former ESPN anchor with plenty of SportsCenters under her belt, but there is no word on who will be speaking with Patrick. Cuomo and Sawyer have no specific sports backgrounds.

Fox and Friends is next at 9:45AM over on the Fox News Network. This is a quirky show that mixes news and conversation with a decidedly conservative perspective. The anchors are Steve Doocy, Gretchen Carlson and Brian Kilmeade.

Patrick's longtime sponsor Go Daddy is run by Bob Parsons, a huge Fox News fan. Parsons has been sponsoring Patrick since 2006 when she was introduced as a "Go Daddy girl." The Twitter account for Parsons says he is a lover of Chevrolet, the NRA and Smith & Wesson. He is a former Marine who was wounded in Vietnam and awarded a Purple Heart.

Speculation is that Patrick's appearance involves Go Daddy taking over for Motorola as her primary IRL sponsor. This would be based on reports that she has finalized a three-year deal with Andretti Racing for the IRL.

Several public relations messages state that Patrick is in NYC for a "show and tell." While this has the normal sexual innuendos associated with Parsons and Go Daddy, there is also a very real possibility that Patrick has her new IRL Go Daddy sponsored car with her.

What has many folks scratching their heads is how any of this gets someone on two national TV morning shows? Patrick is a mid-pack IRL driver with one win that came overseas in a fuel mileage race. In 2009, she finished 5th in the season standings 223 points behind the champion, Dario Franchitti.

What Patrick does have is a personal brand and significant fame away from the track that has come from various modeling and spokesperson appearances. From Sports Illustrated's swimsuit issue to the ESPY Awards, Patrick is a woman who has cultivated a marketing powerhouse using her good looks and willingness to do almost anything on TV. Her Go Daddy commercials from 2009 were infamous.

NASCAR fans are looking on with curiosity after an ESPN.com story from Ryan McGee that suggested Patrick was joining JR Motorsports to drive selected races for Dale Earnhardt Jr.'s team. Since that time, all parties concerned have denied anything has been finalized.

On the final NASCAR racing weekend of the year, Daytona International Speedway President Robin Braig said on SPEED's RaceDay that his ARCA race in February was going to have a new female face that people would recognize. Without saying it, Braig was telling fans Patrick was headed for Daytona in a stock car.

In order to find out what is going on, we will be live blogging Patrick's Monday morning TV appearances on GMA and Fox. Join us by clicking on the comments button below and adding your opinion on the news of the day where "the Danica brand" is concerned. Hope you can join us!
Posted by Daly Planet Editor at 12:02 AM 53 comments: