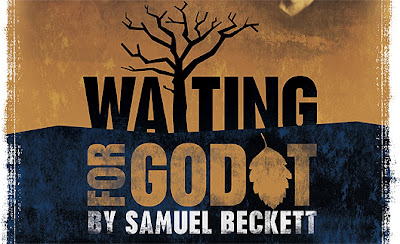 Update: Still waiting for info on new MLB and NASCAR TV contracts. No new update on the situation with SPEED or the future plans for FOX Sports 1. Lots of cards being played close to the chest right now. New column up Thursday night with more ongoing NASCAR media topics.

In the classic play "Waiting for Godot" the two main characters pass the time just waiting. They have no set schedule of when their mysterious friend will arrive. They do not know what he looks like, how he is dressed or what his agenda will be when he shows up. The entire play is about the torture of just plain waiting.

Sometime this week, the executives at FOX Sports are going to put pen to paper and sign a new multi-billion dollar TV deal with Major League Baseball. The new contract will begin with the 2014 season and will feature an expansion of games across the FOX TV properties. Once the ink is dry, the waiting begins.

One of the key elements of the new contract will be a slate of games on the cable TV network we now know as SPEED. In order to accommodate baseball and other types of sports, the network will be rebranded. The new name circulating in the media is the FOX Sports 1 cable network.

In terms of NASCAR content, SPEED is currently a two-headed monster. Shows like RaceHub, SpeedCenter and Wind Tunnel are produced directly by the network at its studios in north Charlotte, NC. The network also produces its own Camping World Truck Series races, the Daytona Twins and the All-Star race.

The other programming originating from the Sprint Cup Series tracks is produced for SPEED by NASCAR's in-house TV company. NASCAR Productions works from the Hall of Fame TV studios in downtown Charlotte. This group also produces official highlight packages that air in NASCAR-related shows on several networks. The key is that they control TV production at the tracks.

Once things with baseball are official and change is on the way, there will be lots of issues to ponder while we wait. FOX is also said to be on the verge of a new TV deal with NASCAR. The current contract expires after the 2014 season. It will be interesting to see just what remains of the existing NASCAR content now carried by SPEED.

FOX controls its cable networks from an base of operations in Los Angeles, CA. With Major League Baseball and other general sports programming set to air on FOX Sports 1, part of the waiting game will be to discuss what will become of the existing SPEED studios and staff back in North Carolina.

If production on studio-based NASCAR and general motorsports shows continues, it would make sense to keep the Charlotte facility. On the other hand, FOX may simply turn to NASCAR Productions to originate the NASCAR content remaining on the new network and shutter the existing SPEED studios.

SPEED originally started in Stamford, CT as a network called SpeedVision. It then moved to Charlotte and took up residence sharing production facilities with a christian religious network for several years. Finally, after a long wait, the current digital studios were built on Charlotte's north side as a "lasting investment."

While a move to LA of staff members in programming and administrative departments would work, there is a large group of SPEED employees and freelancers who are tied to the Charlotte area through personal and professional connections. NASCAR is unique in having most of the TV and media personalities in the sport living in the same general area.

So, once the baseball deal is done the waiting game begins in earnest for many of the on-air personalities, producers and production staff at SPEED. The next shoe to drop should be the new NASCAR contract, which will hopefully make very clear just how much of the support programming that SPEED has aired for many years will remain.

There are may ways to approach waiting. Here is a quote from the play about that topic:

"Let us not waste our time in idle discourse. Let us do something, while we have the chance! It is not every day that we are needed. But at this place, at this moment of time, all mankind is us, whether we like it or not. Let us make the most of it, before it is too late!"

While this NASCAR season is winding down, 2013 may be a significant challenge for those involved with both SPEED and NASCAR. The worst part of waiting is not knowing anything about the situation about to unfold. That is precisely what many NASCAR TV veterans in Charlotte are dealing with right now.

We invite your thoughts on this topic. Comments may be moderated prior to posting.
Posted by Daly Planet Editor at 12:19 AM 22 comments: