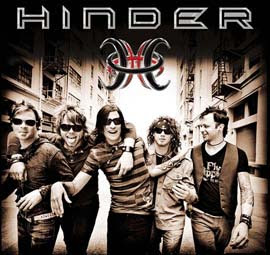 There are only three races left in TNT's summer "mini-season" of NASCAR coverage. This small package of races bridges the gap between Fox Sports and ESPN/ABC. Once ESPN kicks back in for The Brickyard 400, that company stays with the NEXTEL Cup schedule all the way to the championship. The final eleven races will be on ABC Sports, but produced by the same ESPN bunch.

TNT's contribution to this NASCAR season has been a memorable one. Off-balance since the start, this group of admittedly "cross-bred" TV production folks is a smorgasbord of personnel who normally work for other networks and production companies. TNT might know drama, but with NASCAR its been an uphill climb this season. The TNT team of television "freelancers" had its roughest day last Sunday in Sonoma.

One of the things that people may remember most about TNT this season is the fact that the network is shameless in promoting its own entertainment products. This often comes with little regard to the subject matter of the promo, or the time of day it is shown.

The Daly Planet got a bunch of email from NASCAR parents shocked at the subject matter of a TNT promo that included actress Holly Hunter. Apparently, it was a wonderful promo for kids to see on a Sunday just home from church and watching racing. But, what do you expect for a network with six races to promote itself and absolutely nothing to lose? When they are gone from NASCAR, they are gone.

This weekend, at New Hampshire, TNT is once again going to test the patience of NASCAR fans in a very big way. The fans at the track and on TV get to hear the rock band "Hinder" perform live. This is the group that recorded the version of Steppenwolf's "Born to be Wild" that fans have heard on the TNT coverage. Let me re-phrase that. The version that fans have heard over-and-over-and-over again on the TNT broadcasts. Did I mention over-and-over again?

"A performance by 'Hinder' is the perfect instrument to get race fans revved-up to watch the dramatic action of NASCAR racing," says Jenny Storms from Turner Sports Marketing. This week on the one hour NASCAR Live on TNT fans will actually get "Hinder" in concert. Since Turner Interactive runs NASCAR.com, that site will replay the performances and have other "Hinder" things.

A hard rock band playing in front of a NASCAR grandstand in New Hampshire on a Sunday afternoon. Can't you just feel the vibe coming from that crowd?

Despite the hype and the attitude, TNT has some serious explaining to do to the fans during their pre-race shows. They left the air Sunday without final results, never had a clue as to what was going on in the last twenty laps, and put Kyle Petty in a bad spot by airing an obscenity during a replay. Add to that the fact that Larry McReynolds, struggling with his voice, was placed in an open air set adjacent to the track during the race. To say the least, things were not good.

This week, Bill Weber's article on the NASCAR on TNT website is entitled "Picturesque New England Could Turn Ugly For Some." Truer words were never said by Mr. Weber, who has struggled to maintain a friendly on-air persona during the entire TNT coverage. Message boards and chat forums around the Internet are full of fans screaming for his head. They are annoyed by his style, his attitude, and his lack of play-by-play experience. Mike Joy he is not.

When the TNT crew comes on-air in Loudon, fans will quickly see if the adversity of Sonoma has caused them to gel, or continue to splinter into even more uncomfortable on-air relationships. With the positive press that DirecTV's Hot Pass has been getting, the pressure to deliver a thorough and professional race will be greater than ever. Thankfully, the flat track of Loudon will make it tough to pass, and keep the potential chaos to a minimum.

The odd man out of TNT's coverage is Wally Dallenbach. His Wally's World ride-a-long feature has been obliterated into a TNT promo. All the good information and track descriptions he used to give viewers while terrifying a celebrity are gone. With Kyle Petty on board, his status as the veteran driver in the booth is gone. After Sonoma, and his inability to relate anything relevant or accurate in the closing laps, his credibility is gone. What's left?

Hopefully, the TNT crew will take the adversity of Sonoma as a challenge to nail both the pre-race shows and race broadcast at Loudon on Sunday. Maybe the inside jokes and the put-downs will be put on hold until the ride to the airport in the rental car. Maybe the "happy" Bill Weber will be able to remain that way for four hours. Maybe Kyle will have his best race as an analyst just when he needs it most.

The bottom line is that fans just want on TV what they have been getting on the radio for decades. Good exciting NASCAR racing presented to them...as if they matter. We shall see if that message sinks in.

The Daly Planet welcomes comments from readers. Simply click on the COMMENTS button below, or email editor@thedalyplanet.tv if you wish not to be published. All email is held in confidence. Thanks again for taking the time to stop by.
Posted by Daly Planet Editor at 7:26 PM 26 comments: