Happy Thanksgiving For The Fourth Time! 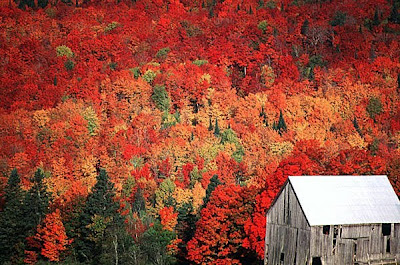 It was 2007 when we set out simply to write a little bit about the new NASCAR TV contract. There were lots of interesting TV players and a ton of money had been spent for a sport on the upswing.

Now, four years later here we are. Plenty of new friends who have made this place very special and helped to grow it beyond my wildest dreams. Good or bad, happy or sad it's very clear NASCAR fans love to talk about the way the sport is presented to them on TV.

The racing season is over and the TV shows are winding down. It's a great time to take stock of how NASCAR has been handed down from one generation to the next.

As we take this day to look around at our lives, families and traditions it should be interesting to see how many conversations come around to topics like Johnson winning five, Hendrick swapping crew chiefs and what the heck is the matter with Junior. It's more than a sport. It's a part of who we are as Americans.

Have a great Thanksgiving holiday. Thanks for taking some time out of your life to stop by and share your NASCAR opinions with us over the last four years. 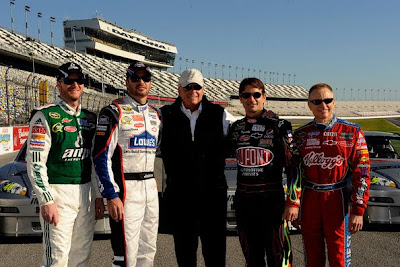 Lots of folks are on vacation. Some are just heading out of town for Thanksgiving and still others planning on a half day at work on Wednesday. As usual, these are the times when the big off-season NASCAR stories break.

In this case, it was late Tuesday afternoon when word came of the crew chief changes and team shuffles at Hendrick Motorsports.

Here is the brief official announcement:

Below are the driver-crew chief pairings for each Hendrick Motorsports car, effective immediately:

The cars of Martin and four-time Sprint Cup champion Gordon will be fielded out of the same facility, now known as the 5/24 shop. Earnhardt Jr.'s Chevrolets will be prepared out of the renamed 48/88 shop alongside those of five-time and defending Cup champion Jimmie Johnson.

"This will improve us as an organization, across the board," said Rick Hendrick, owner of Hendrick Motorsports. "We had a championship season (in 2010), but we weren't where we wanted and needed to be with all four teams. We've made the right adjustments, and I'm excited to go racing with this lineup."

Since ESPN2's NASCAR Now was already done for the season, that left only SPEED's Race Hub to offer TV information. However, the Tuesday program had already been recorded so the only mention of this breaking news was a brief update from Steve Byrnes.

Race Hub does have a Wednesday show scheduled. Right now, it is supposed to be a conversation about the season with Mike Joy, Larry MrReynolds and Byrnes. SPEED tweeted that the show will now have more on the HMS shuffle. That's good news.

If Sirius 128, NASCAR.com, SPEED or ESPNEWS decides to carry the 10AM press conference live we will pass it along right here. It should be an interesting day to skip around the various NASCAR media outlets and see how this story is handled.

Update: Hendrick event is a teleconference. Info should appear online shortly after 10AM ET. Siruis channel 128 will carry the teleconference live and speak with Rick Hendrick after it is over.

Thanks again for stopping by, this post will be updated first thing in the morning for more information on this topic. To add your media-related comment, just click on the comments button below. This is a family-friendly website, please keep that in mind when posting. Thanks for stopping by.