AJ Allmendinger: The Bomb Has Dropped 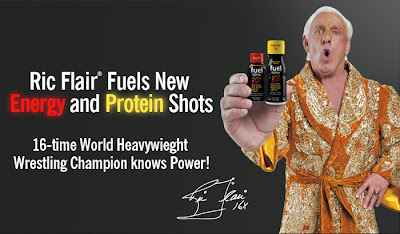 New came out shortly after 2PM ET Wednesday in the form of a statement from AJ Allmendinger's business manger.

"In an effort to help our colleagues in the media report on this in a timely and accurate manner, we wanted to provide some additional details regarding AJ’s sample “A” test results.

AJ tested positive for a stimulant. He has no idea why the first test was positive, and he has never knowingly taken any prohibited substance. AJ is collecting his medicines and supplements for testing to determine whether an over the counter product caused his positive test.

AJ and all of us at Walldinger Racing respect NASCAR's testing program, and he has requested that his "B" sample be tested as part of the process of getting to the bottom of this. We will have the opportunity to review all of the scientific data surrounding the test following the "B" sample test, but our understanding is that AJ's test was slightly above the threshold.

As of this morning, we have not been given notice of when the testing of the “B” sample will take place. Thanks again for all of the support of our fans, team, and sponsors as we continue working through the process.”

This was from Tara Ragan, the vice president of Walldinger Racing, Inc. That is the name of Allmendinger's personal business.

Allmendinger has said that he was blindsided and shell-shocked by this result. One of the constant sponsors this season for Allmendinger has been the energy power shot called "Fuel in a Bottle." This controversial product also features former wrestler Ric Flair as an endorser. The distributor is BYB Brands of Charlotte, NC.

The powershot is far above most others on the market in the combination of ingredients. Click here to see the website and read about the amount of stimulants in the product. There is no information that "Fuel in a Bottle" was the culprit in terms of the violation, but Allmendinger is reportedly careful about his overall health and fitness.

Click here for a video where Allmendinger talks about and actually takes the product. The statement released Wednesday seems to eliminate dangerous illegal drugs and alcohol from the picture. This is a positive step as Allmendinger seeks to return to NASCAR competition.

There we no more official announcements about this topic made on Wednesday. Sam Hornish continued his media tour campaigning for the #22 ride and Joey Logano replaced Allmendinger at the New Hampshire Motor Speedway fan fest, setting off a flurry of comments that he be a candidate for the #22 next season.

This entire situation is being handled quite professionally by all parties and it may ultimately serve as the model to deal with this type of violation for a driver in the future. Happy to have your opinion on this topic.
Posted by Daly Planet Editor at 5:30 AM 48 comments: