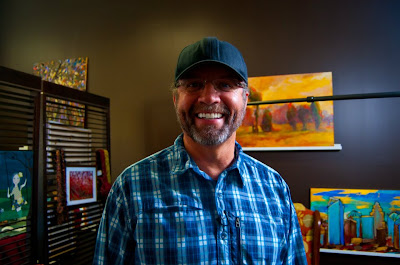 Update: Kyle Petty returned to Twitter and the social media world on Monday. Just taking a short break I was told by the TNT PR staff. Glad to have him back for the Daytona race.

The TV night started with fans asking about Kyle Petty. Known for his Twitter use before and during the live TNT races, Petty's Twitter account was gone. As this is written, the Turner PR folks are working on a statement about why this happened. Being Twitter-friendly and interactive is the cornerstone of the TNT coverage.

There was no bad weather in Kentucky, but plenty of commercials raining down on TV viewers. The commercial total will be posted at the CawsnJaws.com website as soon as possible for you to view. This was the central theme of the fans watching on TV as it was tough to view the race in short segments between commercial breaks.

Alexander then moved upstairs with Wally Dallenbach Jr. and Petty. Matt Yocum, Chris Neville, Marty Snider and Ralph Sheheen were the pit reporters. McReynolds stayed in the infield with his cutaway car and strategy updates.

The race had long green flag runs, lots of pit strategy and track position as the key. This style of racing is familiar to fans. The style of TNT is casual with lots of conversation and almost no traditional play by play coverage. It is a style they have used for years. The pit reporters hustled, but often they provided the most excited commentary. The final few laps once again had conversation about everything but the race itself.

This post is intended to allow you to offer a wrap-up of the TNT coverage of the Sprint Cup Series race from the Kentucky Speedway. Comments may be moderated prior to posting. Thank you for stopping by.
Posted by Daly Planet Editor at 12:30 AM 107 comments: