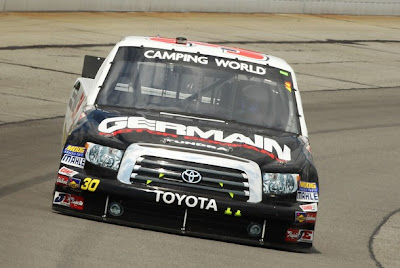 Once and a while, some good information leaks out of the weekly NASCAR Fan Council surveys. These emails to NFC members ask about all kinds of topics and work as a marketing tool for the sanctioning body.

Last week, the eye-catcher was a group of questions about the Camping World Truck Series. Here are some excerpts:

These “heat races” would then be followed by “The Main Event” which would feature a slightly longer race than the two “heat races” and would consist of only a certain number of the best finishing trucks from the first and second “heat races” competing in "The Main Event.”

You may remember that the CWTS had several formats over the years. The cost of having full pit crews capable of doing quick stops for track position is considerable. At one time, the races had a halftime break that let crews pit the trucks with no such pressure.

The survey also asked about the connection between the Sprint Cup and Camping World Truck Series. Here are some of the questions:

Would you like to see a Sprint Cup style Chase format in the truck series?

Are you more interested in the truck races when Sprint Cup drivers are team owners?

Are you more interested when Sprint Cup drivers are racing in the truck series?

Those are pretty good topics to ask about as the truck series continues to morph into the Nationwide dynamic of dominant Sprint Cup Series drivers in the events.

The fan council has proven to be a useful tool and many of NASCAR's senior management types quoted the results from last season as the primary reason for many changes to the sport this year.

Where do you come down on these Camping World Truck Series issues? To add your opinion, just click on the comments button below. This is a family-friendly website, please keep that in mind when posting. Thanks for taking the time to stop by The Daly Planet.
Posted by Daly Planet Editor at 12:05 AM 21 comments: