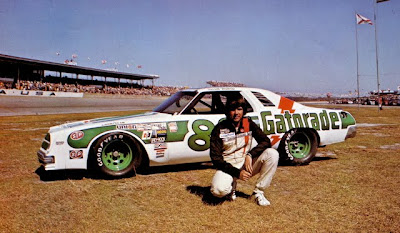 Unfortunately, it's been a tough week for the NASCAR on FOX team. Chris Myers lost his teenage son in an auto accident in California and has returned to deal with that situation. John Roberts will step-in and host the pre-race show.

Darrell Waltrip will join Roberts and it should be interesting to see how this dynamic works. Waltrip will transition up into the TV booth to join Mike Joy and Larry McReynolds. In the ARCA race late on Saturday afternoon, McReynold's son Brandon ran out of gas coming to the checkered flag and was caught-up in a subsequent accident.

On pit road will be the FOX team of Steve Byrnes, Krista Voda, Matt Yocum and Dick Berggren. All of these four worked shows earlier on SPEED and Byrnes hosted the ninety-minute RaceDay show that aired before the live race coverage.

We are starting year six of this blog with a reminder of the key points on FOX. Tight shots that lose the racing, failure to show the cars on the lead lap finish the race and falling into the trap of letting Darrell Waltrip dictate the focus of he coverage. It's a tense start this season after last year ended with some serious anger on the part of the fans.

As always, we start with a clean slate. This is the first show and we give FOX the benefit of the doubt. The same production team behind the scenes is going to be giving us the pictures, but this year there are alternatives. MRN is now streaming online and fans have continually threatened to take a walk if Waltrip dominates.

There have been significant changes behind the scenes at FOX, including the senior management at both FOX Sports and SPEED. This race telecast may be a good example of what NASCAR fans will be seeing from this group for the season. Here we go.

To add your opinion to our conversation, just click on the comments button below. Thank you for taking the time to stop by. You can also follow us on Twitter at twitter.com/thedalyplanet. 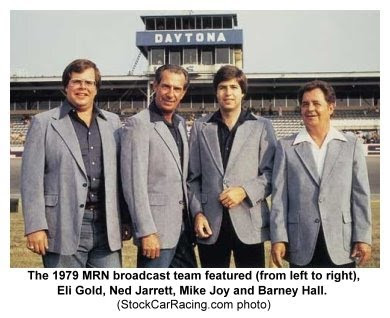 We are using this post for Saturday chat leading up to RaceDay on SPEED and the Bud Shootout on FOX.

Here are some Friday TV/media topics:

Tragedy struck early for a member of the NASCAR on FOX TV team. Here is the full story as posted online at various websites.

The 19-year-old son of NASCAR on Fox studio host Chris Myers has been killed in a car accident.

The network says Myers will not be part of Fox's coverage of the season-opening Daytona 500. Christopher Myers was killed Thursday in Southern California, where the family resides.

Roberts will assume Myers' responsibilities as host of Saturday night's studio show before the Budweiser Shootout, during Sunday's qualifying, and the pre-race show for the Feb. 26 season-opening Daytona 500.

Fox says Myers will be given as much time off as he needs.

MRN's Barney Hall has been advised by his doctor to stay home due to a health issue. Joe Moore passed along the fact that Hall will not be at the track this season for Speedweeks.

Speaking of MRN, click here to read the release that finally confirmed that the MRN radio coverage will be made available online this season. Great news for lots of fans who cannot be near a radio or in areas where MRN does not have affiliates. There will also be more on this topic posted next week on TDP.

Many fans offered comments that Twitter informed them well in advance of the big practice wreck being shown on SPEED. TV calls this "time-shifted" content, which means it is delayed within the same program, not later that night or the next day. It's apparent that with the growth of social media, this practice is probably not going to be around very much longer.

TNT dropped us a line to remind fans that RaceBuddy will be cranked up for next weekend starting with the Camping World Truck Series race. It will not be available for the Bud Shootout on FOX. More details on online cameras and features will be posted next week.

NASCAR has ditched the FanView device and the new device for this season is called FanVision. NASCAR says the upgrade was needed and fans who actually bought a FanView device can go to fanvision.com and look for the link that authorizes a discount on the new model. These devices will be available for rent at the Sprint Cup Series races this season as usual.

The final Bud Shootout practice has been cut short by rain, cars back on track tomorrow. See the complete TV schedule on the left side of this page.

One final motorsports TV/media note. After ESPN3.com did not stream the live rounds of the opening Winternationals for the NHRA, the fans revolted. ESPN and the NHRA announced today they are returning to streaming every pro round live online at the ESPN3.com website. This is not the Watch ESPN app that lets you see the ESPN networks on your laptop or phone. This is a standalone website. Great news.

We will be adding stories and topics as they happen tonight. Feel free to comment on this post. Thanks for stopping by.