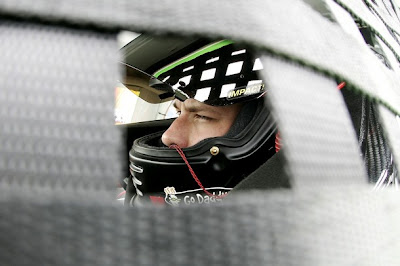 Thanks for all the email on the overnight NASCAR Now fiasco. This is a new deal for ESPN with the live US Open tennis coverage.

The only airing of NASCAR Now was pushed back about 25 minutes. Fans who recorded the show saw the first several sentences from Brad K. about his move to Penske and nothing else.

This resulted from ESPN deciding to re-air Sports Nation in full, even though that show had already aired on ESPNEWS in its regular timeslot. This was the only airing of NASCAR Now, but apparently that did not motivate the Network Operations folks to resume the normal schedule with the NASCAR program.

Hopefully, this afternoon's taping of the NASCAR Now show scheduled to air at 9:30PM Pacific/12:30AM Eastern will replay the Keselowksi interview and recap of all the other news and information lost in the US Open shuffle.

Thanks again for all the email, please feel free to add your comments below.
Posted by Daly Planet Editor at 1:35 PM 15 comments:

Why Exactly Was Danica On Wind Tunnel? 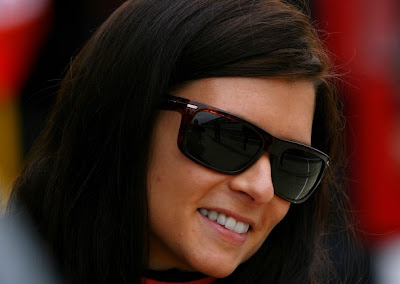 The much-hyped interview with Danica Patrick by guest host Tommy Kendall on Wind Tunnel proved at first to be harmless. Patrick never divulged anything to Kendall, who seemed at times very ill-prepared to deal with the issues surrounding the IRL driver. Ill-prepared is putting it kindly.

The Sunday night interview featured Patrick on a satellite liveshot. She smiled and giggled her way through a disjointed conversation with Kendall, whom she knows quite well from their earlier racing days.

If anyone could have convinced Patrick to offer her thoughts on what potentially could be out there for her, it may well have been her friend Kendall. Instead, the questions asked of her put her in a defensive mode and resulted in absolutely no information.

Viewers did learn what shoes she was wearing and the fact that she knew a little about a whole lot. Patrick said she had no clue about the on-going turmoil in her own IRL team. She said she had no idea about why Michael Andretti was taking over the day-to-day management. Finally, she said her agent is the one who talks to the IRL about her own future plans, she is just a driver.

Kendall never gave Danica an opportunity to offer her views on what possibilities might be lurking out there for her on the NASCAR side of the block. By the time the Sunday night interview was over, TV viewers only knew that Danica had good hair and was an expert at not exactly telling the truth.

This was the news blurb offered on Jayski about what happened the very next day:

Lucky timing for several race fans who got a surprise at Stewart Hass Racing on Monday afternoon. As they witnessed Tony Stewart giving Danica Patrick a personal tour. It's at least her second visit to SHR.

OK, let's review. Danica had no NASCAR information to offer to Kendall. She had no IRL contract information to offer. She knew nothing about the management upheaval on her current team. She basically stays in her bus at the track and only comes out to drive.

Wind Tunnel and Kendall got skunked by this little lady and the ultimate irony is that the very next day Patrick flew literally right into SPEED's backyard and drove about ten miles down the street to the SHR shop. Maybe her agent arranged that visit as well. After all, she is just a driver.

TDP welcomes your comments on this topic. To add your opinion, just click on the comments button below. This is a family-friendly website, please keep that in mind when posting. Thanks for taking the time to stop by.
Posted by Daly Planet Editor at 11:08 AM 30 comments: