The Ponytail Express Is Ready To Roll 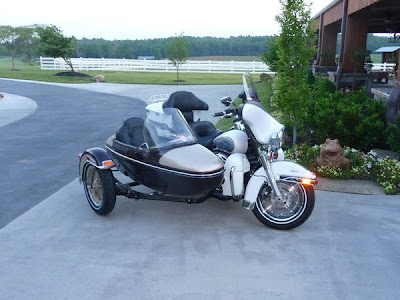 There is little doubt that Kyle Petty is ready for the upcoming season of NASCAR on TNT. Freed from the day-to-day chaos of Petty Enterprises, Kyle has been limited on TV this season to a silly trivia show on SPEED.

Last week, Petty filled-in for Jimmy Spencer on RaceDay. Petty kept his cool and had fun on the two-hour show until the topic of the recent NASCAR driver and owners meeting arose. Then, Petty took a deep breath and just laid out NASCAR's senior management live on national TV.

Reminding NASCAR that he was a third generation participant, Petty said NASCAR normally pays only "lip service" to the competitors and better follow through on the ideas raised in the meeting. When Petty was done, the looks on the faces of host John Roberts and fellow panelist Kenny Wallace were priceless.

Petty recently wrapped-up another successful charity motorcycle ride. This time, in addition to raising money for the Victory Junction Gang Camp in North Carolina, Petty and his wife broke ground for a second camp in the Greater Kansas City area. Petty captured the interaction of the riders with NASCAR fans along the way and posted his photos online for all to see.

Now, Petty is embarking on another effort that should raise some eyebrows in the normally structured NASCAR TV world. At Petty's suggestion, he is going to be traveling to the six TNT races on his motorcycle. As you can see in the picture above, he recently added a sidecar for a passenger. That passenger will be SPEED's Rutledge Wood.

What Petty found on his most recent motorcycle ride is something many high-profile NASCAR TV types have forgotten. The survival of this sport depends on people who live outside of the Greater Charlotte area. It depends on folks whose only relationship with GM is a monthly car payment. It depends on those who have never flown on a private jet and are still saving-up for a High Definition TV.

Sticking Rutledge in the sidecar and taking-off to see real American NASCAR fans over a six race stretch is something we would never see from Fox or ESPN. Thankfully, Petty does not have the "Fox Sports attitude" and his wardrobe does not contain enough neckties to get him through even one NASCAR on ESPN weekend.

Dubbed "The Ponytail Express," the journey will be relayed in text and photos on Twitter directly from Wood and Petty. Video from several "lipstick cams" on the sidecar will be sent to NASCAR.com for posting. TNT will also use some of the video during the Sprint Cup Series pre-race shows to update fans on the trip.

Make no mistake about it, there are no chase vehicles or support staff on this journey. There are no helicopters or police escorts. This is just a 49 year-old man with a ponytail and his sidekick driving to six NASCAR races to experience reality outside of the "NASCAR bubble."

If there was ever a time when NASCAR needed a good swift kick in the rear, this is it. If that can be delivered by a couple of maniacs on a motorcycle with a video camera and a GPS then more power to them. It's about time some TV personalities stepped out into the world and made the statement that NASCAR is about the fans.

We fully expect that YouTube, NASCAR.com, Twitter and even CNN.com's iReports will soon be sprinkled with rather interesting video footage. Plenty of NASCAR fans will no doubt bump into this duo going from race to race. Michigan to California and then back to New Hampshire all in 12 travel days during the middle of the TNT stretch should certainly prove to be interesting.

As the memories of Digger begin to fade and before the suit-and-tie Connecticut crowd arrives, it might make for some fun this summer to keep up with "The Ponytail Express" as these two guys put their money where their mouth is and hit the road.

TDP welcomes comments from readers. Just click on the comments button below to add your opinion on this topic. This is a family-friendly website, please keep that in mind when posting. Thanks for taking the time to stop by The Daly Planet.
Posted by Daly Planet Editor at 5:30 PM 30 comments:

NASCAR's Newest Reporter Could Be You 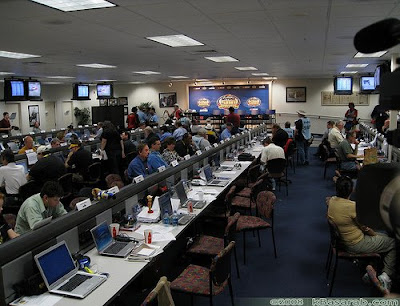 Ever felt the need to sit next to ESPN's Marty Smith in the infield media center? Maybe, share a good joke with the AP's Jenna Fryer or compare hairstyles with Scenedaily's Bob Pockrass? Now, the experience of being a NASCAR media member can be yours.

Tuesday, NASCAR announced a brand new agenda of including "citizen journalists" in the national media coverage of the sport. You know this is going to go over like a lead balloon with the free pizza and air-conditioning set.

Here are some excerpts from the press release:

The National Association for Stock Car Auto Racing (NASCAR) today announced its intention to invite the top independent NASCAR-related websites to join a newly-formed “NASCAR Citizen Journalists Media Corps.” NASCAR is providing this group of new media access to cover the sport while maintaining their independence. The initial list of Citizen Journalists will be formally announced in the coming weeks.

The media landscape has changed dramatically in recent months especially for sports coverage. As the newspaper industry adjusts to a new age of information, NASCAR fans and former traditional media have taken it upon themselves to report, cover and opine on the sport. Today there are thousands of NASCAR related websites. Many of these sites cover the sport on a daily basis and offer unique and fresh perspectives to a large audience.

The Citizen Journalists will be selected as part of a review process including: professionalism, reporting and commentary, use of social networking tools.

“Many of these outlets have covered NASCAR from afar for many years, but now they have the opportunity to cover the sport up close and personal,” said Managing Director of Corporate Communications, Ramsey Poston. “The Citizen Journalists will have the very same access as the traditional media including credentials to race events, access to media centers, press boxes, press conferences, teleconferences, news releases, video, audio, photos, stats and graphics. We expect the Citizen Journalists to maintain their journalistic independence and continue to provide unique points of view,” said Poston.

While on one hand the opportunity for additional coverage of the sport is nice, what NASCAR is really saying is that most of the media pool has either been laid off, fired or had their newspapers go out of business. Full-time NASCAR reporters are a very rare breed. Many of the journalists at the races come only a handful of times a year when budgets and logistics allow.

Names like Bob Margolis, Jerry Bonkowski and Mike Mulhern used to be associated with high-profile publications and Internet sites. Now, a new breed of NASCAR reporter will be moving into the tracks with all-access credentials and a big smile. Most of us refer to the new group as bloggers.

By opening the door to bloggers, NASCAR is finally admitting that many fans get their NASCAR opinions, conversation and updates from websites that never have sent a reporter to a single race. The reason for that was simple. They were not allowed access to the media areas.

Traditional media has given way to reporters like Jeff Gluck, Pockrass, and others sending endless Twitter messages into space during the races. Every time a caution flies or Tony Stewart changes a tire the fingers fly in the infield media center. Marty Smith even admitted to the Twitter universe that he had never seen Digger before last weekend. Welcome to our world, Marty.

NASCAR's plans are a little vague when it comes to how and when all of this is going to be happening, but one thing is clear. The message is that the current crop of NASCAR reporters are unable to accomplish the kind of new media interaction that NASCAR sees happening in other professional sports.

Major NASCAR teams have their own public relations folks who coddle each Sprint Cup driver. They fill team websites with their version of news and information. Team press releases flood the TDP mailbox and their singular point of view accomplishes absolutely nothing.

NASCAR.com is supposed to be the single source for all things NASCAR, but one quick look at that site shows the new blog format and the fact that it is very light on in-depth information. The new "citizen journalists" are supposed to be featured on NASCAR.com and coordinated through that organization. Most NASCAR fans know the Turner Interactive Group runs NASCAR.com from offices in Atlanta, GA.

"We will continue to rely on the traditional media to cover the sport on a day-to-day basis, but as the media world changes so must NASCAR,” said NASCAR Chairman and CEO Brian France.

That statement puts the official stamp on the fact that the infield media centers at the tracks are going to be opening the door to bloggers and young journalists of all types. TDP will keep you updated on how this crop of new media NASCAR reporters will be selected.

Who knows? Maybe someday soon you may be sitting between Nicole Manske and Claire B. Lang enjoying some free NASCAR media pizza at a Sprint Cup Series race.

TDP welcomes your comments on this topic. Just click on the comments button below to add your opinion. This is a family-friendly website, please keep that in mind when posting. Thanks for taking the time to stop by The Daly Planet.
Posted by Daly Planet Editor at 4:30 PM 39 comments:

Prelude To The Dream Postponed By Rain 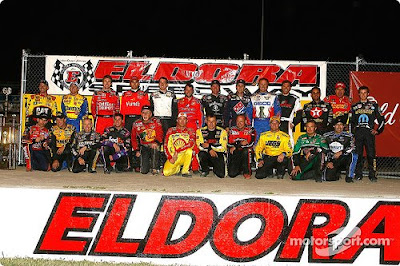 Unfortunately, Mother Nature has not cooperated with Tony Stewart and the fine folks at Eldora Speedway in Ohio. Rain has postponed the night of charity racing called Prelude to the Dream until September 9th.

There will be no TV broadcast tonight and TDP will confirm as soon as possible that HBO Productions will be offering the September 9th event on PPV. Thank you.
Posted by Daly Planet Editor at 2:40 PM