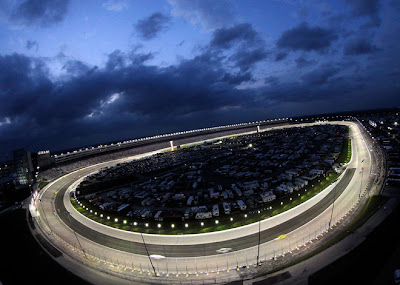 The NASCAR on FOX gang stopped at the Texas Motor Speedway on Saturday night for a windy race on the fast track. It was a weird night as teams had to deal with a howling wind that was constant from start to  finish.

Chris Myers was back with Darrell and Michael Waltrip. Martin Truex Jr. started from the pole in an MWR entry. Darrell was focused on talking about personalities of the drivers in the pre-race show. It was dominated by on-camera conversation between the Waltrip brothers.

Race coverage was affected by the wind in terms of the camera positions shaking and the effects on the tight shots called by the director were horrible early in the telecast. The director chose once again to slowly get tighter and tighter as the race progressed. This is the mode of production for FOX and they are proud of it.

Long green flag runs and no RaceBuddy online application made the commercial placement tough because fans only had the PRN radio broadcast to keep them informed during the 3 minute breaks in the action. FOX again used recorded "bumpers" to break under green of drivers making funny faces and acting cool leading into commercial.

Pit reporters provided solid information, but the energy in the booth was just not there. Joy's race call was nonexistent and Waltrip dominated McReynolds. It's been a long time, but I still miss FOX turning Joy loose to just call the race and direct traffic. Joy made a lot of classic NASCAR TV earlier in his career.

Give a lot of credit to the technical staff for keeping pictures and sound humming without an issue during the telecast in very difficult conditions. It was very clear the camera operators were just getting pounded by the wind. That was the story of the race.

The character of the race as defined by the TV coverage was of long green flag runs and drivers struggling with car control. There was no attempt to show cars racing anywhere on the track, but the telecast observed and focused on single cars as they raced and talked about that team. Replays of key passes were common.

In the end, there was no drama and the race ended with a thud. Waltrip was once again talking in the closing laps constantly instead of letting Joy call the race. The lead lap cars were shown crossing the finish line and it was over.

Fans were very vocal about the coverage and this post is your opportunity to speak about the NASCAR on FOX telecast from start to finish. We ask that you refrain from profanity, hateful speech or political references in order for your opinion to be posted. Thank you for stopping by The Daly Planet. 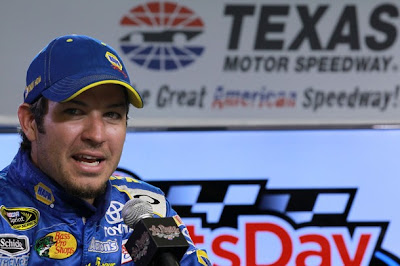 Martin Truex Jr. will lead the field as the Sprint Cup Series drivers tackle the Texas Motor Speedway under the lights on FOX. The story of the race is the Texas wind and perhaps the weather down the stretch.

The Nationwide Series race featured few accidents, lots of single car racing and TV coverage that focused on two or three cars at a time. Expect FOX to follow the same pattern of "hyper-tight" coverage that neglects the big picture and instead focuses on the drivers that the network chooses to feature.

We are on Twitter with the NASCAR TV live stream starting at 7PM ET. The TDP account is twitter.com/thedalyplanet and you can type #TDP1 into the search box to see our live stream.

Thanks as always for participating, we will have a post here immediately after the race for your TV comments on the coverage. Hope to see you on Twitter!
Posted by Daly Planet Editor at 6:46 PM 7 comments: