Will NASCAR Learn From US Fidelis Collapse? 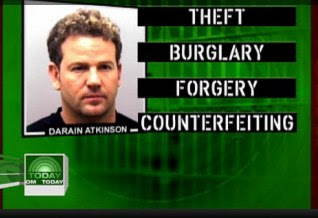 This is our fourth season of talking about NASCAR on TV. We spend lots of time discussing what TV folks call the content or program portion of shows and races. Once and a while, we also talk about the commercials. This is one of those times.

It was June 20, 2009 when the TDP column titled "Trouble Brewing for Rusty Wallace and US Fidelis Sponsor" was published. Click on the title to read the column and the viewer comments attached.

We used content from the Today Show and many other sources to shed light on a tragic situation that NASCAR was making much more tragic. You might ask how NASCAR could be involved when it was only Rusty and Steven Wallace actually on the screen selling the product in 2009?

The answer is that perception sells when a product is associated with a known celebrity or athletic figure. The perception was that in the middle of a NASCAR race or a NASCAR TV program here were two NASCAR guys standing in front of a NASCAR Nationwide Series car telling you to buy US Fidelis because you are a NASCAR fan.

I bought Tide because Ricky Rudd told me to. I drove a Ford because Dale Jarrett did. I drank Bud because it was the official beer. Is Tide the best laundry detergent? Ford the best car? Bud the best beer? No. It's a choice I made because my perception was that I was personally helping NASCAR with my consumer choices.

Here is the news that came this week:

US Fidelis, once regarded as the nation's No. 1 seller of extended auto service, and a former sponsor with Rusty Wallace Racing, filed for Chapter 11 bankruptcy on Monday in U.S. bankruptcy court in St. Louis.

According to court documents, Rusty Wallace Racing is among the 20 creditors holding the largest unsecured claims against the company. Court documents show that US Fidelis owes Rusty Wallace Racing $535,439.18. US Fidelis was listed as the primary sponsor on Steven Wallace's car for 25 of the 35 Nationwide races last year and on teammate Brendan Gaughan's car in 10 of the 35 Nationwide races last year. (via Jayski.com)

Here is what I wrote at the time about Rusty Wallace's personal involvement:

All of this puts Wallace in a tough position. On one hand, US Fidelis is paying the bills or the company logo would have been removed from the hood long ago. On the other hand, Wallace himself is a brand and it is being tarnished every time a US Fidelis commercial airs.

ESPN is certainly an issue. Wallace has been trusted by ESPN as a multi-car team owner in the Nationwide Series to remain impartial on the air. Essentially, what Wallace says to the national TV audience needs to be regarded as honest and the truth.

Shortly after my original column aired, Rusty's secretary from RWR contacted me by email. Rusty wanted to speak with me right away. After getting some advice, I decided to turn down that invitation. Regardless of what Wallace had to say, the points in my column were valid and researched.

NASCAR watched Rusty and Steven Wallace sell US Fidelis on TV all season long. Just like Rusty, NASCAR itself is a brand. The sponsors in the sport used to fight over which was the best beer, the best motor oil or the best soft drink. Now, times have changed.

The Internet allows fans to see a NASCAR-themed commercial, dial-up the product and buy it instantly. Such was the fact with US Fidelis. We may never know how many Americans ultimately scammed by US Fidelis purchased the product after being told directly by Rusty and Steven Wallace it was the right thing to do.

Despite the fact that Wallace is owed money, there is something the folks at RWR can be very thankful about. Federal law recently changed where celebrity endorsement of products is concerned. Here is the new law being enforced by the FTC:

Both advertisers and endorsers may be liable for false or unsubstantiated claims made in an endorsement.

This would make both the Wallace father and son parties in the class action lawsuits now underway to recover damages from this expensive swindle. Luckily, the law was not put into effect until October of 2009, only weeks before this misguided headache came to a close when racing season was over. RWR seems to be in the clear.

Internet technology and new media expansion have altered the dynamic of NASCAR sponsorship. Now, websites are listed directly on cars, firesuits and TV commercials. The selling of a wide variety of products and services is being done direcly by the drivers and owners to the fans.

What has NASCAR itself learned from the US Fidelis collapse? Does it damage the credibility of the sport when a driver or team directly endorses a fraudulent product? Should due diligence of some sort be required before a team can bring a sponsor to the top levels in the sport? What are your solutions to keep NASCAR fans from getting burned again?

TDP welcomes your comments on this topic. To add your opinion, just click on the comments button below. This is a family-friendly website, please keep that in mind when posting. Thanks for taking the time to stop by The Daly Planet.
Posted by Daly Planet Editor at 1:00 AM 44 comments: