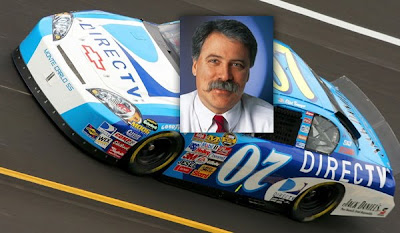 It's a scenario cable TV and home satellite dish owners know all too well. A powerful company that provides programming wants more money and the company that must pay to distribute those services says it's a raw deal.

DirecTV has slightly less than 20 million home dish customers in the US. The company is not large, but serves a very distinct market and has been influential in the growth of specialty programming and home satellite services.

The term to remember in this tussle is "bundling." What FOX (and parent company News Corp) wants is a significantly higher fee for providing a group of networks to distribute. DirectTV claims the requested rate hike is almost 40%. FOX called that ridiculous, but will not state a number or percentage.

"We already provide News Corp. nearly a billion dollars a year for their channels and we have no problem continuing to compensate them fairly." DirecTV said in a media release. "The deal being offered is unfair and unwarranted."

The issue is that FOX will not value the company's networks separately. While networks like FX have been on a roll, increasing fees for the likes of SPEED, FUEL and the NatGeo Channel is debatable. There are also Fox Regional Sports Networks in the deal. FOX will not "unbundle" the network package.

New Corp has put in place the keepmynets.com website. The list of all the FOX networks involved in this dispute is featured. The idea is to spin the rate increase as just a fair deal for DirecTV that is in line with the other FOX partners. That is far from the reality.

DirecTV has set November 1 as a date for FOX to get things settled or those network signals will be removed from the home dish service. Needless to say, most consumers are not interested in the broader issues despite the fact that increased costs will be passed along as usual to the end-user. People just want their TV shows.

NASCAR fans have already been emailing with concerns about losing SPEED and that programming at a critical time of the racing season. Featured programming affected would be the Camping World Truck Series, NASCAR shows from the various Sprint Cup Series tracks and the Monday through Thursday RaceHub news and interview program.

One very interesting twist in this equation is the gentleman pictured above. In 2008, at the time of this photo, Chase Carey was the CEO and president of DirecTV. He helped grow the company through strategic partnerships with sports providers. He made his mark and has now moved on.

Today, he is the president of News Corp and leads the bargaining team to the table with detailed knowledge of exactly how DirecTV works and where the company is vulnerable. Imagine having a former CEO as an opponent in a financial dispute.

As usual, it's getting ugly. The keepmynets.com site has lots of anti-DirecTV "news" stories posted and features comments from consumers worried about not seeing different shows or series. DirecTV continues to paint FOX as a money-hungry monster that can't deliver the goods to justify a rate increase of any kind.

All we know is that this weekend things will be fine, but come Tuesday there could be a significant void in the ability of NASCAR to distribute some key programming to a very important segment of the TV marketplace.

We will be updating any news on this topic that happens on the TDP Twitter, Facebook and blog sites. Should this issue press right up to the deadline, we will offer a live blog next Monday of the ongoing negotiations. These things have a history of getting resolved at the last minute, so as they say on TV...stay tuned.

Please feel free to add your comment on this topic. To add your opinion, just click on the comments button below. Thank you for taking the time to stop by The Daly Planet. 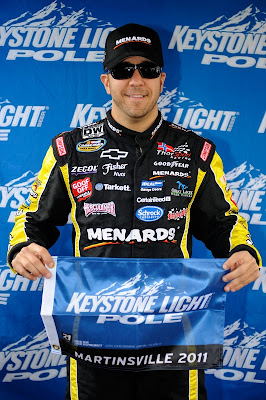 It's cold, but the rain has stopped and some rubber has been put down on the track. It's time for the Saturday truck series race at Martinsville Speedway.

Krista Voda kicks things off with the Set-Up pre-race show. Rick Allen, Phil Parsons and Michael Waltrip will call the race. Ray Dunlap and Hermie Sadler are the pit reporters.

SPEED's TV package is a familiar one. Martinsville should lead to some very interesting racing as the field is very diverse with many different agendas and levels of experience. Matt Crafton, pictured above, is on the pole.

This post will serve to host your comments on the SPEED TV coverage of the race. To add your opinion, just click on the comments button below. Thanks for stopping by.