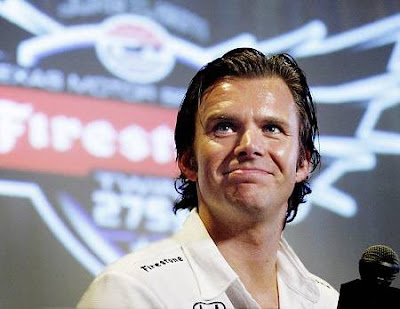 Marty Reid was leading the ESPN on ABC IndyCar production team into the final race of the season in Las Vegas, NV. Under sunny skies, the race started and then stopped in short order on Sunday afternoon.

Less than 15 laps in, a two-car spin turned into mayhem. Unfortunately, the entire thing was shown on national TV. At high speeds, several cars joined the existing pack of spinning cars and were promptly vaulted into the air and ultimately into the catch fence and SAFETY barrier.

Reid has been in this situation before and has extensive experience working on the IndyCar Series. He slowly allowed the reality to play-out while keeping the viewers informed. The director carefully showed the drivers who were out of their cars and walking away.

Television motorsports has a mode that is rarely used. It was quickly apparent that the ESPN team moved into this mode almost right away. They had good reason to do so. In the TV truck, the producer and director can see all the cameras. It was clear from the reaction of the first responders that one driver was very seriously injured.

Dan Wheldon had been working on some TV telecasts this season as he was unable to get a fulltime ride in the series. For this race, he was added as a special driver as part of a bonus program offering extra money should he win the event.

Scott Goodyear and Eddie Cheever Jr. were the analysts in the TV booth and immediately struck a somber tone. They both answered the questions put to them by Reid, but it was clear they were also in the protective mode due to the possibility of severe driver injury.

The pit reporters talked to a wide variety of drivers. All of them basically told the tale of a series racing on an oval that had a strong potential for trouble. Some made their words stronger than others, but all acknowledged the issue.

After the red flag, ABC remained live. ESPNEWS programming was not used and no SportsCenter studio inserts updated any other sports highlights and scores. It was well after 5:30PM when Reid told viewers a driver's meeting was in progress.

Reporter Jamie Little was sent to the Las Vegas University Hospital to follow-up on information. In today's world, that is not something that is released without approval from the family. Viewers were told repeatedly she was standing by.

Social media relayed a lot of information, but ultimately stalled at the same point as the live telecast. The two issues were Weldon's condition and if the race would resume. ESPN repeated basically the same short segment of recapping the information and having the analysts offer an opinion or two before returning to commercial.

ABC was scheduled to leave the air at 6PM ET. Just minutes before that time, IndyCar delivered the news that Wheldon had been fatally injured in the accident. It had been pretty clear in the thirty minutes leading up to it that the situation was dire.

After the announcement, ESPN replayed the accident from multiple angles. It was a decision I do not agree with, but understand. In today's world, withholding that type of footage is impossible. Reid, Cheever and Goodyear handled it with dignity.

TV stayed and covered the five lap salute that the drivers and owners decided to do to close the season. It was a long time from the accident to the close of the program. ESPN announcers, staff and technicians did a solid job under difficult circumstances.

IndyCar ends the season on an awful note. Wheldon was the test driver who helped to develop the new and safer car the series will use next year. He had recently done a very successful stint as a TV analyst and was added to this field as a promotion spearheaded by IndyCar CEO Randy Bernard.

This is just a special post to allow motorsports fans to offer comments on the coverage and how this telecast may have affected you. On a day with no NASCAR, some folks like me were looking around the dial and found this race on ABC. 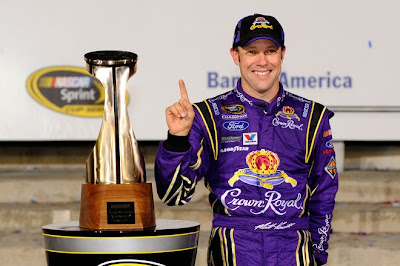 Long night under the lights from the Charlotte Motor Speedway. Mike Massaro opened the show from the Infield Pit Studio and then worked as a pit reporter during the actual race.

Rusty Wallace and Brad Daugherty were left alone to contribute during a race that saw the kind of "tough to pass" dynamic fans are familiar with on 1.5 mile tracks. The racing quickly sorted out and stayed mostly single-file.

It was Allen Bestwick, Dale Jarrett and Andy Petree in the TV booth to call the race. Massaro, Dr. Jerry Punch, Dave Burns and Shannon Spake worked pit road. Vince Welch and Jamie Little were off in Las Vegas for the Indy Car race.

The ESPN TV team produced a product that featured the style of coverage they have used for five years. Tight shots and moving from single or two-car camera shots under green once the field sorted out.

Racing featured long green flag runs which put TV into the position of showing multiple green flag pit stops. The big side by side video box worked really well once again. This effect is outstanding, it is a shame it cannot be used for the ESPN Nonstop coverage.

The big moment of the night was the accident featuring Jimmie Johnson. ESPN replayed his in-car camera shortly after Johnson was seen limping to the ambulance. This is certainly a video clip that will be replayed on the ESPN networks over the next few days.

The ABC telecast featured a lower-third scoring graphic that is used by the ESPN networks. It remained for the vast majority of the night. ESPN Nonstop was used for the second half of the race, but in this format ABC local station breaks were shown full-screen. There was no RaceBuddy and no Watch ESPN app for this event.

ESPN's format is well-known, the personalities are familiar and the style of racing that they have to cover is now a big part of the sport. We welcome your comments on this telecast. To add your TV-related opinion, just click on the comments button below. Thank you for taking the time to stop by.