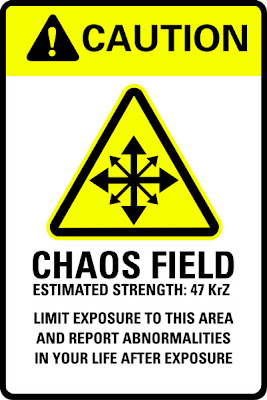 Back on June 19th, The Daly Planet wrote a column that asked if NASCAR coverage this season would result in ESPN having to create an ESPN3 Network.

Well, for all practical purposes, ESPN3 went on-the-air Saturday at 3PM. No matter if your channel guide said ESPN Classic, NASCAR fans knew only one thing. This was the channel that was carrying the pre-race show.

As we predicted, the on-air operations problems of trying to carry all the live programming on ESPN2 has resulted in trouble. Without ABC available, ESPN faced the very real problem of having only two cable TV networks for three programs.

Saturday, the Masters Tennis coverage ran long, forcing ESPN into a tough decision. Either delay and then cancel NASCAR Countdown, or have it air on another ESPN TV outlet. The choices were ESPN News, ESPNU (college sports), or ESPN Classic.

The company made the decision to use ESPN Classic as the conduit of coverage for this third event. Their bold move insured no violation of their NASCAR TV contract, but also showed exactly where NASCAR sits on the food chain at ESPN.

ESPN itself would originally not cancel their feature presentation of...scrabble. That's right my friends, the Busch Series could not replace one hour of scrabble. Racing was banished to ESPN Classic with absolutely no warning other than the crawl at the bottom of the screen. Cliff Drysdale, who hates NASCAR, was very pointed in his banishment of viewers to Classic "if you were here for racing."

At 3:28PM, boxing suddenly returned to ESPN Classic. Where did NASCAR go? Tuning back into tennis, the crawl at the bottom of the screen now said NASCAR was on ESPN. Scrabble has been bumped. Things were certainly getting fun now. ESPN had just angered the scrabble fans, and we know how ugly they can get when miffed. The worst part is, they know big words.

NASCAR fans watching ESPN Classic had no idea of what just happened. At least if they did, I certainly missed it. NASCAR was now on ESPN, scrabble fans were crushed, and "Mister Cliff" and his buddies were still playing tennis on ESPN2. Did I mention this was fun?

The poor victims of this were the fans and the NASCAR on ESPN announce team. Jerry Punch and friends had no idea of what was going on, and if they did they certainly did not apologize to the fans or help them understand what had happened.

At 4PM, the ESPN network returned to regular programming with a brief and ill-informed word from Jerry Punch. You have to wonder exactly what the producer told him was going on. Let's face facts, this was a meltdown of the highest order.

If this type of situation is happening to the Busch Series now, imagine when the college football season starts in a while. ESPN will have golf, tennis, and college football in progress on Saturdays along with NASCAR. If you thought today was fun, I am certain ESPN has a lot more in store before November.

The Daly Planet welcomes comments from readers. Simply click on the COMMENTS button below, or email editor@thedalyplanet.tv if you wish not to be published. Thanks again for stopping by.
Posted by Daly Planet Editor at 3:13 PM 40 comments: 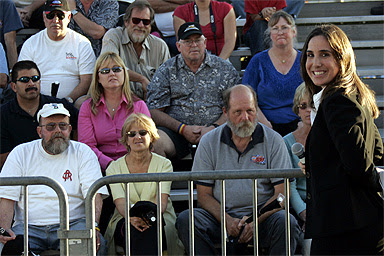 We have tried very hard this season to treat everyone with maturity and respect, regardless of their age or sex. We only wish that SPEED would make a commitment to do the same thing.

As we look into the NASCAR stands, we see lots of female faces who have feelings just as strong as their male counterparts for the sport. SPEED has worked hard to keep Krista Voda, Wendy Venturini, and even Nicole Mankse front-and-center on their racing-related coverage. ESPN has included Jamie Little, Shannon Spake, and Suzy Kolber into the mix of their NASCAR coverage this year.

During its early years as SpeedVision, the network was focused on racing of all kinds. The lifestyle programming was limited to shows on how to fix things, or where to travel for racing events and fun. Anyone remember the exciting "Wooden Boat" series?

After the purchase of the network by Fox Cable Networks, viewers saw many changes that did not sit too well with the female fans. Many fans might remember Texas Hardtails, which regularly featured surgically enhanced scantily clad females, and often used a wet t-shirt or bikini contest as quality programming content.

Earlier this season, The Daly Planet ran a column on Melanie, the new SPEED promo queen who asks "can you handle it" seemingly thousands of times a day on the network. We included a reference to NOPI Tunervision, which is a program that has a cult unto itself.

But, up until Saturday, this issue of the treatment of females as equals has not thrust itself into the NASCAR programming on SPEED. Up until now.

NASCAR Live on SPEED is hosted by John Roberts, and Saturday came from the parking lot of Michigan International Speedway. Suddenly, the network swept away its credibility with approximately forty to fifty percent of its fanbase. The California Speedway girls had arrived. SPEED played back a feature that had almost every offensive element possible to NASCAR's core group of female fans.

Certainly, everyone knows that California Speedway has been struggling with attendance for its NASCAR weekends. This market has always been a tough sell, and the female president of the track Gillian Zucker has apparently decided on a solution...cheerleaders. That's right, the female president of the track. That is her, pictured above, with a normal crowd of NASCAR fans in the background.

Saturday, SPEED host John Roberts suddenly appeared to be a drooling fourteen year old boy when he spoke about the group of professional models that had been selected to be The California Speedway Girls. Zucker herself referred to her cheerleaders as an "iconic group of year-round Ambassadors."

Its absolutely fine that California Speedway made this move. Anything they would like to do to promote themselves is understood. The column today is about how SPEED has approached this issue, and the fact that the video feature played on NASCAR Live on Saturday featured these "models" being trained by a strict female teacher in the "fundamentals of NASCAR."

That's right, these girls could be "trained" to be just as smart as the other female fans. Of course, they had to do it in their little outfits and perfect make-up and endless smiles. SPEED should have just given Roberts a gun and he could have just shot himself, and his career, right in the foot.

His shameless promoting of The California Girls calendar as a tool to lure fans to the track was ridiculous. Roberts briefly tried this same behavior on RaceDay a while back, but we let it pass. Not this time.

NASCAR is different from any other sport. The Daly Planet has said this over-and-over again this season. NASCAR crowds in the stands are not the partying young people from NOPI land. They are not the hard drinking and fighting NFL crowds of many cities. SPEED's earlier attempt to create a show around the infield partying failed. It was just families in RV's having fun with their kids.

This is a critical weekend for SPEED. ESPN has already done their first couple of races, and then turned over practice and qualifying to SPEED. A lot more eyes than usual are on the network, and Friday was an outstanding day of great coverage and good humor. Saturday, not so much. But, we will address that in another column.

This one slip on Saturday might not be huge, but I can't really judge it well because I am male. If you are a female NASCAR fan enjoying SPEED's in-depth coverage and listening to the trusted John Roberts, I can only imagine your feelings when the network basically throws you under the bus.

The California Girls are a misplaced effort by a desperate executive to save a struggling track. The amount of effort and money that has been spent on this project could have been used to encourage Hispanic fans, who are the missing element in this geographic area. Making them aware of the sport, and Montoya's rising star, would have been the most positive thing that could have been done between races.

Their simple presence at the track would solve the very problem Ms. Zucker faces. No matter how small the bikinis or how enticing the sexual innuendo, The California Girls are going to be facing middle-aged American families like the ones pictured behind Ms. Zucker above.

SPEED has some decisions to make, and they have been negligent in making them. Is their vision of women on the network the mature and professional Krista Voda and Wendy Venturini? Or is it the manufactured fame of bikini clad twentysomething models who are put on national TV as a marketing tool?

Female NASCAR fans are probably going to help the network decide with both their remote controls and their pocketbooks. Did I mention SPEED has some decisions to make?

The Daly Planet welcomes comments from readers. Simply click on the COMMENTS button below, or email editor@thedalyplanet.tv if you wish not to be published. Thanks again for taking the time to stop-by and leave your opinion.
Posted by Daly Planet Editor at 1:03 PM 34 comments: