Open Comments On The Passing Of David Poole 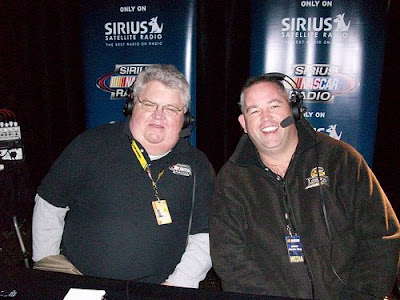 Here are some Twitter messages from various journalists and NASCAR personalities as the news of Poole's passing was made public:

Jenna Fryer: David Poole will be terribly missed. His absence in the NASCAR media center will be tremendous. (Fryer is the AP and Yahoo! Sports NASCAR reporter)

Brian France: "The NASCAR community is stunned and saddened by the loss of David Poole." (NASCAR Chairman and CEO)

Click here for a direct link to that's racin' and a some great tributes to David.

Click here for a must read by Monte Dutton from the Gaston Gazzette.

We always had fun with David, who welcomed me to the NASCAR Internet world three years ago. His emails and comments were very helpful in designing the content and format of TDP. Our hearts go out to the entire Poole family. 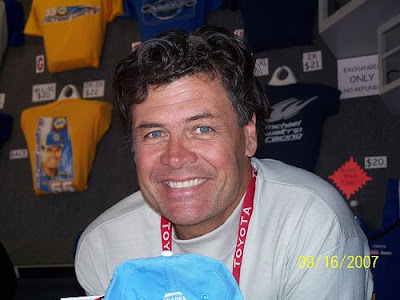 This was certainly an interesting Monday where NASCAR TV was concerned. Every Monday after a race, two of NASCAR's key TV partners each offer their own one hour review show.

ESPN was first with the roundtable version of NASCAR Now on ESPN2. Since this was the day after the Talladega race, the network brought out the big guns. Dale Jarrett, Andy Petree and Ray Evernham were on the panel with Allen Bestwick hosting. As Bestwick is known to say, this is a championship panel.

The topic of the day was the final lap accident in the Sprint Cup Series race. The panel was politically correct in the early answers about safety and concern for the injured fans. Then, things changed a bit.

Jarrett, Petree and Evernham work well together because they all have a broad range of experiences in the sport. All have been drivers, two have been crew chiefs and all have been owners. On this day, however, they were offering their opinions as observers.

Both Petree and Jarrett had flown to ESPN's studios in Connecticut after the Saturday Nationwide Series race. They joined Nicole Manske in a preview of the Talladega Cup race in the morning and then watched the race on TV.

"That was the most exciting race I have ever watched on television," said Petree. "I just love restrictor plate racing."

As one might expect, ESPN has a love of what is called B-roll. This is the footage shown while someone is speaking on-camera. Well, the main topic of the program was the Edwards crash. It was played approximately 35 times in the 48 minute show.

The upshot of the discussion was that the panel agreed that NASCAR would most probably change the size of the restrictor plate before the next Talladega race. Evernham was particularly outspoken with his comments and has been exactly the kind of expert ESPN hoped he would be now that his active NASCAR career is over.

Later that evening, the observations of the NASCAR Now crew gave way to the first-hand experience of the This Week In NASCAR gang. Just like ESPN did, SPEED called out the entire crew. Greg Biffle, Chad Knaus and Michael Waltrip were all on the panel and had all been involved in the Talladega race. It was the task of Steve Byrnes to control this group as the host.

Right from the start, all three panelists wanted to talk about the big accident and offer opinions on how and why things happened. As usual, it was a lot of Michael Waltrip and then some more Michael Waltrip. He has lots of ideas.

Chad Knaus was trying to be thoughtful and offered Talladega suggestions that ranged from no refueling under caution to adding a chicane on the backstretch. Waltrip countered with railroad ties as rear bumpers and no front bumpers. Greg Biffle tried to talk, but was constantly interrupted by Waltrip.

Byrnes and Waltrip are good friends and sometimes their conversations tend to dominate the show. This Monday was certainly a good example. Knaus and Biffle were non-factors, although they both contributed good preview information about Richmond and were allowed to answer email. Other than that, it was all Waltrip all the time.

Recently, Kenny Schrader has started to pop-up on SPEED in analyst roles on both the ARCA/REMAX telecasts and several episodes of Wind Tunnel. If there was ever a show that could have used Schrader, this was it. No matter how hard he tries and how much he smiles, Byrnes cannot put the clamps on Waltrip and that is a problem.

As usual, the features inside the program were outstanding and the panel always offers good information. What could have been changed was the dominance of Waltrip on an expanded panel where both Biffle and Knaus deserved more of an opportunity to speak.

TWIN is a formula show, however, and the one constant on the program for well over a decade has been Waltrip. Hosts and panelists have come and gone. Love him or hate him, Waltrip is the show and this week he certainly filled that role to the max.

TDP welcomes comments from readers. Just click on the comments button below to add your TV-related opinion. This is a family-friendly website, please keep that in mind when posting.

Thanks for taking time to visit The Daly Planet.
Posted by Daly Planet Editor at 12:15 PM 59 comments: