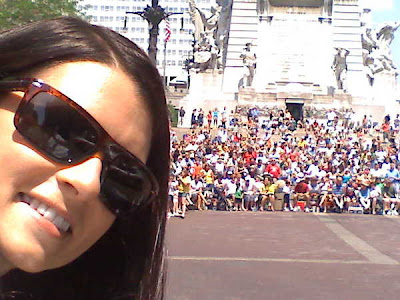 Finally, someone has let enough information out on the Danica Patrick issue so that ESPN's Ryan McGee and Marty Smith could put together a story with some substance on this topic.

The story for us at TDP is not about her driving ability, bad commercials or use of her sex appeal to sell products. The issue is what her presence at Daytona (or even earlier) would do to the NASCAR media in general.

At a time when the Nationwide Series could use anything to get it beyond being known as Carl and Kyle's playground, Patrick would be a great shot in the arm. Joey Logano and Brad Keselowski are the only two drivers who have helped the series to generate any buzz this season. This was especially true as younger drivers fell victim to lack of sponsorship.

Even a part-time schedule from Patrick would put her in front of the media and open the door to non-hardcore racing websites, TV programs and worldwide news. In short, it would be huge.

As the week goes on, we will continue to update this post and see what else happens. The Danica Patrick NASCAR media watch is on. If you see this topic on the Internet, let is know where you saw it.

If you are going to add a comment, please stick to the TV and media issues. Just click on the comments button below so we can open a discussion on this topic. Thanks.
Posted by Daly Planet Editor at 1:52 PM 137 comments:

NASCAR Waking Up To TV Issues? (Day Two With Updates) 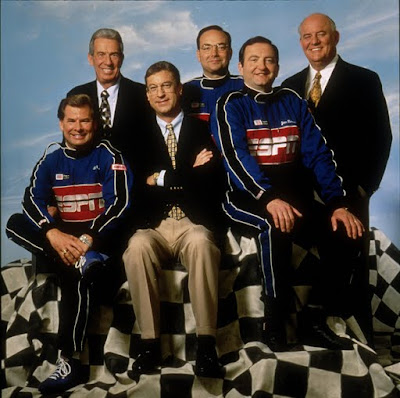 Update: This is the second day of this post. Please refer to the many comments below from fans on this topic. We are continuing this theme for Wednesday AM with media updates later in the morning. Keep checking back, there is a whole lot going on where this topic is concerned right now.

Over the last three seasons TDP has documented the good, the bad and the ugly where NASCAR TV is concerned. Topics discussed have included studio shows, the traveling SPEED Stage programs and of course, the live race telecasts.

This season's Sprint Cup Series race coverage has certainly been interesting. At the start, we fought with Fox over the continuing embarrassment of Digger. This summer, we were stopped short by the amazing changes at TNT and how Ralph Sheheen stepped-in to save the day. Then, the big boys came to the table.

After working for six months on the Nationwide Series coverage, the NASCAR on ESPN team switched over to the Sprint Cup Series and proceeded to fall flat on their faces. Fans went from interactive analysts and excited announcers to the familiar drone of Jerry Punch and the total disaster of ESPN's production choices.

"Sprint Cup Series Continues To Baffle ESPN" was TDP's column after the July race at the Brickyard. Click on the title to read the column and the 160 fan comments. In the column, there was an important paragraph.

One week ago, we offered a column titled "Five Days To Change." Click here to read the column asking ESPN to step back, take a deep breath and make serious changes before the Talladega race. It never happened.

Monday, NASCAR's own Communications Director Ramsey Poston offered a rather blunt critique of ESPN's Talladega effort. Here is an excerpt:

The ABC broadcasters certainly weren't happy with the race and they felt compelled to remind viewers of that virtually every lap. They seemed to blame NASCAR's enforcement of the rule prohibiting bump-drafting in the corners for every moment they didn't like.

Along the way ABC missed a lot of very good racing. That's not to say that every lap was a barn-burner, but there was some seriously intense racing as well.

Interestingly, a caller on Sirius NASCAR Satellite Radio this morning said that he first watched the race on ABC then listened to the MRN rebroadcast and said, "It was like two different races," referring to the excitement and action portrayed on the radio broadcast.

Sunday, the NASCAR on ESPN Producer did not get what he wanted and the fans paid the price. Instead of working hard to make the best of what was happening, fans got an arrogant group of pouting announcers and a TV team that threw in the towel and could not wait to board the flight home.

Now, instead of just TDP and the fans calling out ESPN, a top NASCAR executive has echoed almost the exact same sentiments. It's about time.

Maybe on Tuesday it will start to sink in that NASCAR's Director of Corporate Communications penned a public column that addressed the TV coverage as lacking intensity, excitement and direction. Click here for the full article.

Update: Click here for Darrell Waltrip putting his two cents in on this topic and others now in the spotlight.

Now, there are five days left until the race in Texas produced by the NASCAR on ESPN team for ABC. The questions is, what will ESPN change before this Sunday?

We welcome your comments on this TV issue. This is a media blog, so we would ask that you direct your comments about the COT issues to another site. To add your TV-related opinion, just click on the comments button below.

This is a family-friendly website, please keep that in mind when posting. Thank you for taking the time to stop by and share your opinion on this topic with us.
Posted by Daly Planet Editor at 12:10 AM 143 comments: