There are only a few more weeks of SPEED handling the practice and qualifying coverage for NASCAR weekends.

After the TNT portion of the Sprint Cup Series coverage, ESPN steps-in and takes over both the Nationwide and Cup coverage. As most fans know, this includes selected practice and qualifying sessions.

No one has made more of the recent opportunity to step-into the Fox footsteps than Steve Byrnes. Replacing Mike Joy as the host of both Cup practice and qualifying, Byrnes has been a comfortable fit. As fans who watched the Dale movie remember, Byrnes has a long history in the sport and a pretty good sense of humor.

This weekend in New Hampshire, Byrnes will once again lead the SPEED coverage. On Friday, it will be Sprint Cup practice starting the day at Noon Eastern Time. Byrnes will be joined by Larry McReynolds and Jeff Hammond in the announce booth. This team has been lots of fun and very informative during what can sometimes be rather boring practice and qualifying sessions.

For Cup practice, it will be pit reporters Marty Snider and Matt Yocum joining Byrnes and company. During the Nationwide Series session at 1:30PM, it will be Bob Dillner and Ralph Shaheen. The on-track triple-header ends with Cup qualifying that will start at 3PM.

Capping-off the night at 7PM will be Trackside. Byrnes, Hammond, McReynolds and Elliott Sadler make-up the regular panel. Friday night they will be joined by Dario Franchitti and Jeff Burton. The appearances of both those drivers should result in some good conversation.

Other TV notes for New Hampshire include the media guest for Tradin' Paint. It will be Dustin Long, who is the NASCAR reporter for several newspapers in both North Carolina and Virginia. This show has been struggling, and will hopefully engage in some meaningful conversation about NASCAR issues rather than continue to pander to the "everything is just fine" world where it has been recently.

For Kenny Wallace fans, he returns this weekend to SPEED and will be on RaceDay and Victory Lane alongside John Roberts and Jimmy Spencer. Hermie Sadler filled-in last week and did a good job, but the unique chemistry between Spencer and Wallace is what attracts NASCAR fans to the show. No, Hermie did not dance on-camera.

Just a little tip for fans, this week Wendy Venturini is going to sit down with Richard Petty and the new CEO of Petty Enterprises David Zucker. There could be no greater contrast in personalities or backgrounds then these two. That should be one episode of the Real Deal not to be missed.

Finally, Dale Jarrett returns from his vacation to anchor the Nationwide Series coverage on ABC. Taking the weekend off this time will be Tim Brewer, so manning the Tech Center will be the #24 crew chief and Maine native Steve Letarte.

If any other TV news comes in, we will update it here. Please feel free to add your TV-related comments to this post. Just click on the COMMENTS button below and follow the easy instructions. Thanks for taking the time to stop by.
Posted by Daly Planet Editor at 8:16 PM 24 comments: 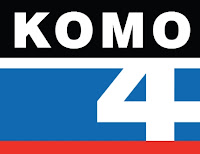 When the Nationwide Series swings over to the ABC Broadcast Network this weekend, it brings a very positive exposure for the series on a broader basis. Unfortunately, it also brings KOMO-TV, the ABC affiliate in Seattle, WA.

For quite some time now, the senior management of that station has decided to try and hide behind the FCC rules about children's programming to avoid losing thirty minutes of local station news on a Saturday morning. Well, that is one viewpoint. The station has an entirely different perspective.

This is The Daly Planet column from April of this year talking about the station pre-empting the NASCAR Countdown show from the Talladega race. This set off a flurry of emails between TDP readers and the local station management.

Here is the email response from KOMO-TV's representative:

"Due to time zone differences between Talladega and the Puget Sound area, the NASCAR Nationwide Series pre-race show was scheduled at the same time as ABC’s children’s programming on the West Coast. Broadcasting the pre-race show would have meant pre-empting “The Suite Life of Zach & Cody. The Federal Communications Commission (FCC) places children’s programming in a special protected category. As such, anytime a station wishes to move a show classified as Educational and Information Children’s Programming, the pre-emption must be accepted by the FCC. The FCC is not always generous granting those pre-emptions."

While this sounds great, it certainly does raise a very good question. Just how do all the other ABC affiliates in the Pacific Time Zone handle the situation? ABC stations from San Diego to Portland will be dealing with exactly the same situation on Saturday from New Hampshire. NASCAR Countdown starts at 11:30AM Pacific Time.

Perhaps, the other stations make the live ABC Network Sports program a priority and solve the problem. Even for KOMO-TV, the solution seems to be pretty simple.

The station has a one hour weekend morning newscast at 8AM followed by three hours of children's programming ending at Noon Pacific Time. Apparently, the FCC believes that a re-air of The Suite Life with Zack and Cody that will be also be airing on The Disney Channel qualifies for this category.

In order to maintain the three hours of children's programming and still get to the NASCAR Countdown show as scheduled, the morning newscast would have to be reduced from one hour in length to thirty minutes.

It seems that the only thing that would be affected in this solution is the thirty minutes of lost local advertising sales for KOMO-TV when the news is reduced to thirty minutes. That is a very different look at this situation from the one offered by KOMO-TV's representative.

If you are a Seattle area or Pacific Time Zone NASCAR fan, perhaps you can offer your views on this post by clicking on the COMMENTS button below. Tell us if we have all the facts straight about this situation. Seattle residents can tell us what their relationship has been with KOMO-TV where NASCAR is concerned. TDP readers have been emailing to remind us of this situation and we would like to hear from others.

Comments can be any length and the rules for posting are located on the right side of the main page. Thank you for taking the time to offer your opinion.
Posted by Daly Planet Editor at 8:05 PM 14 comments:

ESPN And The NFL Network: NASCAR Would Suffer

Lots of email has been arriving from veteran NASCAR fans who remember a little-known ESPN Network that played a big part in NASCAR TV last season.

News reports say that the ESPN Classic Network could be changing its identity sometime soon. NASCAR would suffer.

Here is one link to a story about this issue. This one talks about the same thing, and expands on the specifics.

While this issue is not primarily about NASCAR, it does have ramifications for the sport. Last season was the first for NASCAR on both ESPN and ABC in a very long time. While things went well in the beginning with the Busch Series races, it all changed when the college football season got underway.

The Saturday afternoon races were squeezed-in between two live college football games and that spelled trouble for NASCAR. When a race was delayed by rain, extended by a red flag or lots of cautions, things did not go well.

It was ESPN Classic that became the salvation of NASCAR programming when things went sour. Often, races bounced to ESPN Classic when the other two ESPN networks were tied-up with live events. From September to November, ESPN Classic was a vital part of ESPN's NASCAR coverage. It was clear that this season ESPN Classic was going to be a life-saver for the sport once again.

Having ESPN Classic switch-over to NFL content exclusively would cause a big change for NASCAR fans. Essentially, it would eliminate any "overflow" option for NASCAR programming except the online service called ESPN360. When ESPN and ESPN2 were busy and a rain-delayed race started, there would be nowhere to go.

Both sides could have a reason for making this move. The NFL Network is led by controversial former ESPN President Steve Bornstein, who is one tough cookie. His face-off with the cable TV companies since Bornstein arrived at the NFL Network has been the source of many news stories. Bornstein wanted the cable companies to pay a fee for the new network, despite having almost no live content and originally no NFL games.

Even after adding a slate of live NFL games, the network did not find that its public image got any better. In fact, the tide of public opinion turned against the NFL Network and its desire to increase the cost of cable TV to consumers. The cable TV companies made sure to tell their customers exactly that in a very public way.

For the NFL Network, getting access to ESPN Classic's millions of cable TV homes would finally get the distribution the NFL Network needs to survive. But, what is the benefit for a big and powerful media company like ESPN?

Hooking-up with the NFL bunch would allow ESPN to find a way out of the folly that is currently ESPN Classic. The company simply could not find a model that would allow this network to operate successfully. Fans who remember some of the programs created by the now defunct ESPN Original Entertainment for Classic know why things did not work.

Sports fans could not get a handle on what ESPN Classic wanted them to watch. Suggestions by TDP readers included re-airing programs instantly and having designated programming blocks themed by sport. As you might expect, many wanted an increased NASCAR presence other than the rare re-air of a race from the old ESPN days.

A while back, ESPN ended the budget for producing programs for ESPN Classic. The network would now operate by airing shows that ESPN already owned, which would not incur any additional costs. This was a relatively clear signal that ESPN was going to make a move with Classic sometime soon.

We will keep updating this story as it continues to develop. Clearly, the NFL wants more homes for their TV network and ESPN wants some original content for ESPN Classic without cost. In some ways, it certainly does make sense.

The Daly Planet welcomes comments from readers. Simply click on the COMMENTS button below and follow the easy instructions. The rules for posting are located on the right side of the main page. Thanks for taking the time to stop by.
Posted by Daly Planet Editor at 10:58 AM 14 comments: