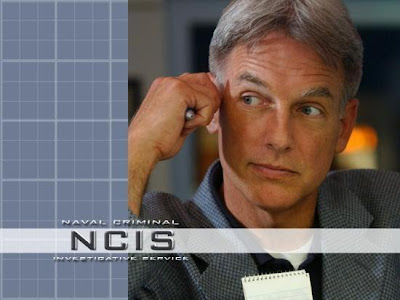 On Memorial Day weekend, who better to investigate the long and complicated saga that was the Coke 600 on FOX than a Marine. NCIS Special Agent Leroy Jethro Gibbs does not mess around. The former Marine gunnery sergeant leads a cast of colorful characters who always seem to respond to even the most difficult challenge. Gibbs speaks few words and his "look" is enough to get any one's attention.

The NASCAR on FOX gang began with an interesting pre-race show. Rather than focus on the racing, the program ran through a wide variety of topics. Memorial Day and military themes were featured, including Jeff Hammond parachuting into the track.

Michael Waltrip appeared to announce that his book was being made into a movie and Darrell Waltrip got "Revved Up" about NASCAR and the US Armed Forces. Chris Myers played his normal role and everything was tongue-in-cheek funny. Unfortunately, what FOX did not do was preview the race.

That was left to Mike Joy, Larry McReynolds and eventually Waltrip from the TV booth. Despite McReynolds and his muted role this season, his explanations and race set-up were outstanding. It should be interesting to see what role he plays next season for FOX.

Pit reporters were Steve Byrnes, Krista Voda, Matt Yocum and Dick Berggren. Not much to do at times, but once again solid information relayed by personalities who know the sport. FOX has lots of talent waiting in the wings for new challenges while reporting on tires and fuel.

We are familiar with the FOX telecast production style. Hyper-tight shots, in-car cameras live on restarts and accidents. Single and double-car shots that show an individual battle without a race perspective. FOX loves it.

More aerial shots appeared, perhaps due to the solid amount of fans at the track. The low angle shots worked to reinforce speed and the split-screen effect is well-framed. The triple-split was rarely held for a full pitstop, but the info was solid in terms of positions leaving pit road.

FOX again had those strange in-race ads on an animated video board for a new movie. After watching the Indy500 with side-by-side commercials, it was tough to stomach that and the full-screen FOX breaks. Perhaps, that will change for 2012.

Late in the race, FOX snuck-in another side-by-side commercial. Instead of cutting the race, the video box only showed a tight shot of the leader. You could not even tell what turn he was in the camera was so tight. Even when innovating, it's always a struggle with this crew.

The racing picked up toward the end of the event despite the fact that several caution flags for debris resulted in no pictures of that debris making it to TV. In the end, the final 50 laps provided good racing and a solid storyline.

Waltrip in the booth is always interesting, but this season he had taken over the telecasts. On this Sunday, Joy stepped back into the lead role and actually directed traffic. He handled Waltrip effectively and called the action.

The problem was that Joy was consistently in front of the cameras where incidents were concerned. Joy would call out the corner, the issue and the cars before the cameras found the incident. By not following the best racing on the track and shooting hyper-tight, the NASCAR on FOX team has leaned on replays for incidents since Daytona.

It came down to fuel mileage once again and Waltrip admitted he did not know the fuel strategies of the teams on the track in contention with 20 laps to go. Ultimately, chaos ensued and it made for good TV. Video of the three RCR cars pushing each other was priceless. Junior ran out and Harvick stole the victory.

It was unfortunate that a profanity from Chad Knaus was aired live, but FOX is ultimately in control of what goes out over the TV. Using live team radios at a critical time can often result in just that type of moment.

It was a long day of motorsports capped by a long night of Sprint Cup Series racing. FOX has one race remaining with Kansas on the schedule next weekend.

This post will serve to host your comments on the FOX coverage of the Sprint Cup Series race from the Charlotte Motor Speedway. To add your TV-related race summary, just click on the comments button below. Thank you for taking the time to stop by The Daly Planet on this holiday weekend.