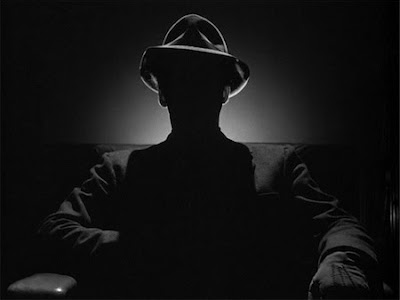 The current NASCAR TV contract expires at the end of the 2014 season. The featured networks since that agreement began in 2007 are FOX, ESPN, TNT and SPEED.

The Daly Planet has learned that a new potential player may emerge and seek to participate in the sport's TV package. 2014 might seem distant, but NASCAR intends to get the new contract completed by 2013. That allows for a season of planning, budgeting and logistics.

What this means is that 2012 will be a year of negotiating. The current TV package has been both a blessing and a curse. The blessing came in the form of 4.5 billion dollars from the NASCAR TV partners. Back in 2005, when the deal was done, NASCAR was the toast of the town.

The curse came in the form of TV influence affecting everything from race start times to critical issues within the sport. At times, viewers have been seemingly driven away by the race coverage of the very networks who rely on TV ratings to pay the NASCAR bills.

What NASCAR has and TV networks really want is content. The sport runs actively for ten months of the year. The two month break comes conveniently during the winter holiday season. NASCAR has no collective bargaining, no unions and no player reps. A TV network is buying a product totally controlled by the sanctioning body.

Currently, the Sprint Cup Series TV is sliced into three pieces that do not match. FOX is an over-the-air broadcast network. Trying to distribute long-form national sports programming through local TV stations is not a future model for professional sports.

TNT is a cable TV entertainment network. The six summer races produced by the network serve as a platform for promotion of the network's entertainment series. Neither FOX or TNT carry any additional NASCAR programming other than the pre-race show and races. That is also not a model for the future.

ESPN originally aired most of its races on ABC, but ran into the same issues with logistics and local stations. Now, 14 of the network's 17 races are on cable TV. While ESPN may promote itself as NASCAR friendly, the tensions have been rising between NASCAR and the network for the last several years.

ESPN also handles the Nationwide Series while SPEED produces the Camping World Truck Series telecasts. There are little twists in the current deal. SPEED gets Daytona's twin races and the All-Star race. In return, SPEED pays to have the NASCAR Media Group produce non-racing shows from the tracks like RaceDay.

The potential player on the horizon is a household brand. In a world where some TV networks seem more like conduits of endlessly themed programming, this player is different. It brings a nicely balanced global media perspective that may open a door beyond the US. One desire of NASCAR continues to be better worldwide distribution.

There are only a handful of media companies who can play at the high-roller table of TV rights negotiations. When the dollar conversation moves from millions to billions it quickly separates the men from the boys. This potential player has a long history of success in exactly that type of game.

Maybe the hardest part of entering into an extensive new programming agreement is having the TV infrastructure in place behind the scenes to go to work and get the job done. This player can produce and distribute an almost limitless amount of live and edited content.

While NASCAR has a history with many broadcast and cable TV networks, there is no history with the new potential player. Rarely in the media marketplace does an opportunity come along to begin a fresh relationship with a clean slate and get the same results. This situation has that dynamic.

The final clue in this riddle is simple. You already enjoy many hours of programming created by this company. Bringing an established media brand to a new TV contract is going to be key for NASCAR. The sanctioning body must know that the integrity of the new partner is solid.

As things move forward, it should be interesting to see when the new potenial player emerges and announces it has arrived. In the meantime, have fun guessing who might show-up and change the entire landscape of NASCAR TV as we currently know it.