Thursday At Daytona: It's Just Practice! 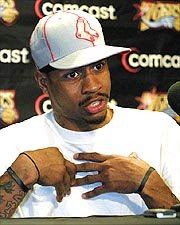 As our friend Mr. Iverson would say, "it's just practice!"

There is a very different kind of schedule at Daytona, so both the Nationwide and Sprint Cup Series will be on the track Thursday, but only for practice.

There will be no TV for the early Nationwide Series practice at 2:30PM Eastern Time. There are no additional details available to us about which network owns the TV rights or why this session is not being televised.

Next-up at 4PM will be the first Sprint Cup Series practice session on SPEED. Steve Byrnes will host the coverage with Jeff Hammond and Larry McReynolds alongside. Patrolling the garage as reporters will be Lindsay Czarniak and Ralph Shaheen.

At 5:30PM it will be the final practice for the Nationwide gang and this session will be carried live on ESPN2. Dr. Jerry Punch, Dale Jarrett and Andy Petree will be in the announce booth with Mike Massaro, Jamie Little, Shannon Spake and Dave Burns covering the garage and pits. There will be no early edition of NASCAR Now because of this coverage, it will air at Midnight Eastern/9PM Pacific Time.

Back we go to SPEED at 6:30PM for the final Cup practice. Byrnes, Hammond and McReynolds will this time be joined from the garage by Matt Yocum and Marty Snider.

Just a reminder, the Rolex Sports Cars take to the road-course in Daytona for a three hour race beginning live on SPEED at 8PM. It should be fun to watch the culture clash between the NASCAR fans and the sports car bunch, but most of all the noise will make for some grumpy Sprint Cup drivers on Friday morning.

This post will serve to host your comments about the Thursday action on NASCAR's TV partners. To add your TV-related comment, just click on the COMMENTS button below and follow the easy directions. The rules for posting are located on the right side of the main page. Thanks for taking the time to stop by The Daly Planet.
Posted by Daly Planet Editor at 5:45 PM 19 comments: 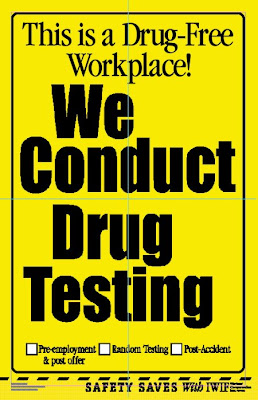 The real world education of the professional sports executives in North America continued as the PGA Tour reluctantly added drug testing for all players beginning in 2009. Now, with that commitment in place, all eyes turn to Brian France and NASCAR.

The PGA Tour and NASCAR share several dynamics where the two sports are concerned. Both have very long seasons that run basically over the same ten month period. While golfers have four days of competition, NASCAR drivers have three days of practice, qualifying and then the multi-hour race. Each sport requires multiple days at the same site in order to participate.

Another thing these sports have in common is the fact that performance-enhancing drugs like steroids and the now infamous Human Growth Hormone don't really come into play. Bigger golfers aren't better golfers and juiced drivers just don't drive any faster. No pun intended.

It is a sign of the times that the real reason both organizations were challenged to begin testing is to safeguard the very health of those participating. A drug addict playing golf needs just as much help as a drug addict driving in NASCAR.

It may go down in history that Ryan McGee finally pushed NASCAR into reality where this issue is concerned with his ESPN.com interview of former Craftsman Truck Series driver Aaron Fike.

This ground-breaking piece of journalism led to McGee appearing on NASCAR Now and explaining his findings directly to the NASCAR fans. It was a face on TV talking about a NASCAR driver with heroin in his system that finally shook the Daytona "old guard" into action.

It was following McGee's appearance that the TV firestorm of charges and counter-charges began that flared for about a week. Kevin Harvick and Tony Stewart were both outspoken in saying NASCAR needs to begin a comprehensive program as soon as possible, while others suggested that individual teams should be responsible for drug testing all their racing-related employees on a regular basis.

While several NASCAR TV partners avoided this topic like the plague, credit goes to ESPN for asking their NASCAR personalities directly about this issue. Rusty Wallace was very vocal in his views and the rest of the analysts essentially said that it was about time for a drug policy to be put in place.

ESPN2's daily racing program NASCAR Now played a key role in dealing specifically with this topic and they are going to be challenged to play that role again. Sometime soon, there should be a report issued by the ad hoc committee that was put together by NASCAR Chairman Brian France to study this issue.

This was the story that announced the formation of the panel. NASCAR spokesman Jim Hunter said the group would report back to Brian France "within six weeks or so." He made that statement on May 2nd.

Now, "eight weeks or so" later, it should be time for NASCAR Now and the ESPN reporters to ask about the progress of the committee and the results.

This daily TV program has become an integral part of the NASCAR news machine this season. Sometimes, the journalism is outstanding and the resulting news is important. Sometimes, rumor and innuendo are still allowed to creep into a slow day in the middle of the week as news.

With all of the NASCAR media arriving at Daytona on Thursday morning, it should be very interesting to see if this topic is broached, and by what reporter.

The Daly Planet welcomes comments from readers. Simply click on the COMMENTS button below and follow the easy instructions. The rules for posting are located on the right side of the main page. Thank you for taking the time to stop by and leave your opinion.
Posted by Daly Planet Editor at 5:00 PM 16 comments: