After a brutal week of daily shows, NASCAR Now headed for a late night Saturday airing following the Richmond NEXTEL Cup race. As we all know, the race was rained out. So, the show took to the air with the agenda of filling in the rain story, the Busch Series story, and the news. Luckily, ESPN brought in the one person who has successfully hosted this program with dignity and class. Ryan Burr stopped-by once again to remind us of just how good this show can be.

The very patient Stacy Compton sat in his usual place in the studio. Compton has had to be patient this season because ESPN continues to put Tim Cowlishaw alongside of him. In only his first year on the air, Compton has continually been the voice of reason and restraint among the ESPN muck-rakers and gossip mongers. He brings diverse NASCAR experience to the table, and is often the lone provider of common sense in the studio. He did not buy the "Jeff vs. Jimmy" Martinsville feud, he did not buy the "Mark Martin should be racing Bristol" nonsense, and he did not buy the Kyle Busch's HANS Device "broke" exaggeration. The voice of reason in a sea of hype. This season, Compton is the studio star of the show.

As usual, NASCAR Now uses its field reporters as the daily link to the reality of this sport. Ryan Burr brought in Mike Massaro to talk about Richmond, and his points about the rain, the track, and the impound race procedures were dead-on. Then, Marty Smith stepped-in to address the rain-out issues, and his heartfelt feelings for Virginia Tech. A good story presented with class.

Compton addressed the Jeff Gordon issues about the COT and his problems at Richmond. Cowlishaw piped-in with another "Mr. Obvious" comment that continues his legacy of representing Around The Horn on yet another ESPN show. Sooner or later, the amount of news and actual information gathered by ESPN about NASCAR will fill thirty minutes. Then, Cowlishaw will move back to Tony Reali, Woody Paige, and Jay Mariotti for their daily stick-and-ball festival. NASCAR information in, Around The Horn panelist out.

Mike Massaro returned to answer NASCAR questions, and viewers might have gotten a glimpse of what this show could be. Ryan Burr at the helm, Marty Smith and Mike Massaro trackside, and Stacy Compton in the studio. Burr gets along great with those three, and the chemistry between them all on this show was unmistakable. This was fast-paced NASCAR information being shared between four guys who know and understand the sport. With an additional studio host, and the other news and feature reporters already on staff, NASCAR Now is a show just waiting to blossom.

The key sticking point continues to be the problems with NASCAR knowledge. With NEXTEL Cup rained out, this was the perfect opportunity to show highlights of the ESPN Busch Series race...on ESPN...in an ESPN NASCAR program. As usual, no such luck. There needs to be an urgent production meeting to determine how to handle the Busch Series, Craftsman Trucks, and the inclusion of the other NASCAR Touring Series. NASCAR Now continues to struggle with decisions made by the producer that single-mindedly address the issues of "today," without the understanding that what happens on a racing weekend nationwide is all connected. Imagine the boost the Whelen Modified Tour would receive from just a mention of results and season standings. Its time to open-up NASCAR Now to all of NASCAR, not just the one series that the "rotating" production staff at ESPN in Bristol, CT is familiar with. These changes are so easy, its amazing they have not taken place. Did I just answer my own question?

The Daly Planet welcomes comments from readers. Simply click on the COMMENTS button below, or email editor@thedalyplanet.tv if you wish not to be published.
Posted by Daly Planet Editor at 8:03 PM 3 comments:

"NASCAR on Fox" And "RaceDay on SPEED" Work Overtime 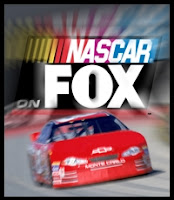 Its tough to describe to someone who has not been there just how difficult it is to add an extra day to a NASCAR TV schedule. Everything for everyone is turned upside down. Travel plans, equipment rentals, hotel rooms, production schedules, and even clean clothes become issues very quickly. Between the NASCAR on Fox gang, and their cable brothers at RaceDay on SPEED, the TV crews that remained in Richmond for Sunday's NEXTEL Cup race put on a great show.

Beginning with a one hour edition of RaceDay, SPEED set the tone for the day with a continually good-natured conversation about the situation at hand. All-star reporter Wendy Venturini wandered the garage and pit area like it was her second home, and it showed. She mixes so well with the RaceDay cast, and the entire NASCAR community, that sometimes things seemed more planned than they actually are. She is especially good when she is walking and talking with the camera, allowing race fans at home a real "feeling" for what goes on before a race. This sense is lost on both the Fox and ESPN gang, who plan and stage their pre-race reports.

John Roberts is just good. He handled the on-the-fly format, the always interesting comments by Jimmy Spencer, and the nervous energy of Kenny Wallace with flying colors. It certainly was fun to watch Kenny continue his reporter role right up to the time drivers had to strap-in. He might not be the sharpest tool in the shed, but he is a lot of fun and honest as the day is long. And lets face it, that guy can qualify a NEXTEL Cup car. Makes one wonder what opportunities might come his way later this season as dissapointed teams look for new blood.

The only glaring problem with RaceDay is the total lack of interaction with the fans. Loyal fans surround the SPEED stage, they watch Wendy's interviews, and they cheer "Herman" when he runs off to the drivers meeting. Maybe, in a two hour show, we can hear from them. Where are they from? What do they think of the COT? Who do they think will win? Can we have a fan segment? Can we see their signs rather than just the camera swooping past them? Who came the furthest? Can we give them a prize? Let's try to involve the people who turn out in the weather and stand for hours while this show is on-the-air live. Its time for a little more fan interaction and a little less Ricky Rackman.

The NASCAR on Fox gang put in a strong performance under a glaring spotlight. There are so many "in-progress" NASCAR issues this year that it was going to be a challenge to call a race and also address the other topics. Mike Joy did an outstanding job of directing traffic from the green flag. With a green race track and no side-by-side action, there was a lot of traffic to direct. Thankfully, there were also a lot of things to discuss. DW and Larry Mac continue to offer good information, but perhaps Jeff Hammond could have joined them in the booth for this event. Fox still needs a little change in the Hollywood Hotel.

Luckily, the production and technical crew came though with flying colors in this unique situation. Tired crews usually mean sloppy television and some technical errors, but this race really rocked. Perhaps, the Fox gang had heard the screams on Friday night when ESPN went to commercial in the Busch Series race with less than twenty laps to go. Fox stayed solid and focused. Richmond is a track position race, and we continue to love the "quad-split" pit road boxes that show the individual time of each car. It really helps to put into perspective what is happening, and then the replays of who hit the line first drive the point home. Pit strategy really turned out to be the key to victory.

Finally, a big thank you to the NASCAR on Fox production staff for changing the way the final lap is shown. Even with the low angle that made it hard to see, allowing viewers to see the lead lap cars battle to the finish with a graphic inserted was outstanding. This is especially true on a short track like Richmond, where the field is battling all the way to the line. This was a big change by Fox Sports, and will be greatly appreciated throughout their remaining races.

The Daly Planet welcomes reader comments. Simply click on the COMMENTS button below, or email editor@thedalyplanet.tv if you wish not to be published.
Posted by Daly Planet Editor at 6:41 PM 1 comment: