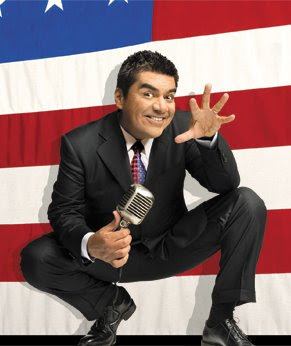 There are two updates at the bottom of this post. We will continue to update this story as it unfolds.

Here is the official presss release from SPEED about Champions Week:

“We welcome the opportunity to wrap up the NASCAR season on SPEED,” said network President Hunter Nickell. “The fans expect SPEED to be there for the entire season and with the addition of the NASCAR Sprint Cup Series Awards Ceremony, our 2009 effort will be the complete package -- from the Gatorade Duel in February to the crowning of the champion in Las Vegas in December.”

Steve Byrnes and Jeff Hammond will host SPEED’s coverage of the NASCAR Sprint Cup Series Awards Ceremony, with Mike Joy and Krista Voda introducing the drivers and other award winners during the ceremonies.

SPEED will open NASCAR Champion’s Week with special episodes of NASCAR Race Hub, celebrating each of NASCAR’s three national touring series on separate nights. On Friday, Dec. 4, SPEED will offer a day of NASCAR programming with a series of four special shows, entitled NASCAR Best of ’09, beginning at 5 p.m. ET.

“The NASCAR season is nearly forty weeks of immeasurable intensity for the race teams and everyone else involved in the sport,” said SPEED SVP of Programming Steve Craddock. “There are so many memorable moments … moments that raise goose bumps or simply leave you scratching your head. It is unlikely anyone saw or heard all of them, so SPEED is creating four unique shows highlighting some of these “best of” moments including passes, finishes, pit stops, crew chief calls, wrecks, radio communication, flyovers, sound bites and television outtakes.”

Wednesday Night UPDATE: What SPEED did not disclose in the media release seen above is whether or not NASCAR itself is going to be bringing in "their own" host for the overall evening.

Remember, David Spade and Jay Mohr? This person would step aside for the specific awards and racing things, but be the Master of Ceremonies. The answer to this question was still pending at the time of this post. We will be updating this story and this info on Twitter to get it sorted out on Thursday.

We heard from a lot of fans that Krista Voda and Mike Joy mean NASCAR to them and no celebs need apply. It should be interesting to see what happens and who makes the call.

Thursday AM UPDATE: Here we go with some buzz from Pete Pistone on Twitter who says the word is that George Lopez is being mentioned as the celebrity host of the Sprint Cup Series banquet. Keep ya posted!

This is a brand new approach to what was once a Sprint Cup Series banquet buried on ESPN Classic and re-aired on delay on ESPN2. What are your thoughts on these changes?

Just click the comment button below to add your opinion, thanks!
Posted by Daly Planet Editor at 6:00 AM 144 comments: