Why Ultimately You Are Paying For ESPN's Big TV Contracts 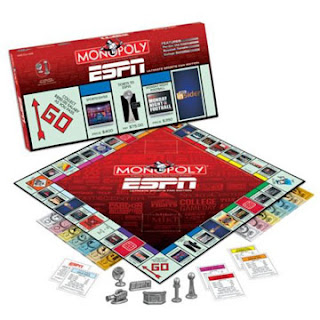 It was hard last year to try and really explain the overall strategic impact of the shift in NASCAR TV programming. ESPN acquired the ten Chase for the Championship races, the seven Sprint Cup races before the Chase and the entire Nationwide Series.

This effectively put ESPN in a tremendous position of power as far as the overall perception and impact of NASCAR in North America was concerned. While Fox makes a big deal out of the Daytona 500, that network is long gone before the real drama begins. TNT comes and goes very quickly, making the summer Daytona race the focus of their efforts.

It is ESPN that has surrounded NASCAR. They have the end of the regular season, all of the playoffs and the second-tier series. In addition, ESPN originates the only daily NASCAR news program and floods the Internet with NASCAR content through the ESPN.com website.

As most sports fans know, ESPN has made news by paying incredible amounts of money for the rights to SEC college events and most recently for BCS college football games. That leads to the question of where this large amount of money is coming from? The answer is easy to understand. It came from you.

Click here for the outstanding summary by Clay Travis over at Deadspin.com of the recent headline article in the New York Times. Clay summarizes for sports fans exactly how the ESPN financial engine works and what role cable TV customers play in that equation.

This is the original story from veteran sportswriter Richard Sandomir of the New York Times. Sandomir is factual and polite as he describes the sequence of events that ultimately led to ESPN winning the Bowl Championship Series TV contract.

As NASCAR fans know, when the college football season starts, NASCAR moves to the back burner across the ESPN family of networks. The power of ESPN over NASCAR has been demonstrated since the contract first began in 2007.

Suddenly, practice sessions were not televised. The Nationwide Series races tried to survive between live college football games and the NASCAR coverage on ESPNEWS and SportsCenter effectively ended in September.

The balance of power was ultimately demonstrated in "the big switch" of the East and Central Time Zone audience from ABC to the ESPN2 cable TV network while the Phoenix Cup race was in-progress. Just a reminder, that was the next-to-last race of the season.

Both the Deadspin and NYT articles are much more effective than I could ever be in explaining the financial pathway that has enabled ESPN to become a media monopoly. It seems ironic that after paying billions of dollars for college sports contracts, ESPN is seeking to significantly downsize the NASCAR TV production costs for 2009.

Thanks for taking the time to read the linked articles and thanks to both Clay Travis and Richard Sandomir. The comments section is open for your views on this topic. Just click the COMMENTS button below and follow the easy instructions. Your comments will appear shortly after they are submitted.
Posted by Daly Planet Editor at 12:21 PM 12 comments: