NASCAR TV Partners At The Crossroads 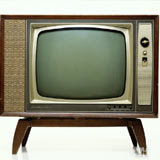 April is working hard to bring-in May, and things in "NASCAR land" are about to change as well. Now, the reality of the first critical stretch of racing stands before teams who can still remember Daytona's cold weather. Those in the know understand that during the stretch of the next four weeks, the season will begin in earnest. Gone will be the easy smiles, the polite answers, and the hype. This stretch, beginning with next weekend's race in Phoenix, will also test the NASCAR TV partners like never before.

While the "NASCAR on Fox" gang will carry the NEXTEL Cup races themselves, there are big issues to be solved with this veteran group. The Daly Planet has been flooded with email addressing the decision of Fox Sports not to show all the lead lap drivers finishing the race. Only the first and second place drivers are seen, and absolutely no one else. This has been a conscious decision by the NASCAR on Fox production team. Fans can actually watch their driver battle for over three hours, have him finish in the top five, and never see him cross the line. No Earnhardt, no Stewart, no Johnson, no Gordon, not one driver will be seen finishing unless they are first or second. Why?

In the Hollywood Hotel, the antics of Chris Myers and the goofy cross-promotions for Fox Network programming has almost ruined the pre-race show. Last week from Texas, it was embarrassing. Rather than focus on NASCAR as a serious major sport in the US, Myers and Fox go out of their way to poke fun at everything associated with it. Myers "LA cool" personality has long been a fish-out-of-water at places like Talladega. Maybe, a fresh face like Krista Voda might be a nice change of pace for the viewers, and the announcing crew.

SPEED Channel continues its struggle to determine how much of a NASCAR partner they really want to be this season. Even as they announce a two day marathon of NASCAR programming surrounding the All-Star race, they have never replaced the Monday night multi-hour line-up or the Wednesday night prime-time race replays. The Daly Planet emailers point to NBS 24/7 as a show they sorely miss, and Inside NEXTEL Cup Racing as a show they sorely want to fix.

ESPN is only going to provide support programming for the NEXTEL Cup Series during this stretch, with their NASCAR Now series continuing on ESPN2. The network just expanded the Monday show to one-hour with less-than-stellar results. The Daly Planet has referred to this show as "bi-polar," depending on who is assigned the hosting duties. Veteran ABC Radio hip-hop DJ Doug Banks, ESPN Sports Radio talk show host Erik Kuselias, and ESPN News anchor Ryan Burr currently share the hosting duties. It is certainly easy to pick which host The Daly Planet emailers believe is best. If Mr. Burr was given this assignment five days a week, this show might improve its dismal ratings and awful on-air presentation.

So, here we go. This next month is going to be the first real endurance test for these TV "players," both new and old. When we add-in the availability of video from websites, pay-per-view race packages, and old stand-bys like YouTube.com, these next four weeks may prove to be as critical to the NASCAR TV partners as the NEXTEL Cup teams themselves. Good luck to all involved...we'll be watching.

The Daly Planet welcomes your thoughts and comments on the current NASCAR TV situation and the programs and people involved. Please use the COMMENTS link below to leave your response to this post.
Posted by Daly Planet Editor at 10:27 PM 6 comments: