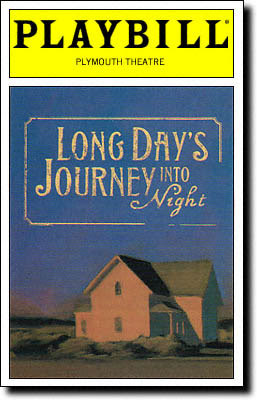 The premise was simple. Telecast one fast-paced NASCAR race from Kansas on ABC and then get off the air. Unfortunately, the weather and the television reality associated with broadcast networks had other plans. It truly was ESPN's long journey into night.

Earlier this year, ESPN telecast a full day of practice, qualifying, and then the Busch Series race from Watkins Glen. By the time the race actually started, the TV broadcast team had been on the air for over six hours. It was brutal.

Sunday, rain interrupted the NEXTEL Cup race twice and forced the ESPN production crew to switch the telecast of the race from the ABC broadcast network to ESPN2. Broadcast networks have "windows" of time that they schedule for sports broadcasts, and when something out of the ordinary happens its always tough.

Most of the time, golf is the culprit. Two or three PGA golfers in a playoff can set the network off schedule for the entire night. On this Sunday, the TV executives made a good decision to move from the over-the-air network to cable TV. Mother Nature had closed the ABC "window."

This major sports property was moved away from the ABC facilities over to the ESPN Broadcast Center in Bristol, CT. There was only one problem. The commercials were still over in the ABC world. Viewers may have noticed the absence of commercial inventory on ESPN2, despite the fact that a live and exciting NEXTEL Cup race was in-progress. Somewhere, an ABC salesman was crying in his Crown Royal.

While many viewers were wondering how this trio might be affected by the "substitute announcer," the attention of the fans was instead drawn to another ABC personality who had a tough day. Brent Musburger outside in the Kansas wind was just flat-out a bad idea.

This man has put his life's work into sports television. We used to love Brent on pro and college sports. How is it fair to put him behind a pulpit with his script blowing away and his hair in his eyes? Not only that, but what kind of a TV network sees that Brent is wearing sneakers and then shows them on camera? Could the Producer have made Musburger look any worse?

The Infield Studio crew and the pit reporters earned their money on this telecast. Suzy Kolber used her fundamentally sound TV skills to negotiate her way through a very long day. Brad Daugherty ran out of gas during the second rain delay, and that crew certainly found help from guests like Ray Evernham. The fundamental truth is that Daugherty only "works" when there is a NASCAR veteran alongside of him.

Once the race was underway, the challenge of The Chase continued to dog the ESPN production team. Even with only eight races left, there were still over forty cars on the track racing, not just twelve. Achieving the balance between the race and The Chase has been a tough task.

By now, viewers know what to expect from the ESPN announcing team. They have been together since February, and this is the result. Dr. Jerry Punch is a grizzled veteran who continues to have our respect. He is just a tough sell in a multi-hour play-by-play role. On this seven hour plus marathon, he hung-in there and kept things flowing the best he could. Unfortunately, his supporting cast is not rising to the occasion.

Rusty Wallace and Andy Petree have just not meshed like many (including me) thought they would this season. As the high-profile leader in the booth, Rusty is just hard to figure out. He talks about a lot of things without leaving an opening for anyone else to join-in and make his thoughts "bigger." Its tough to compliment his style.

When Andy Petree joined Dale Jarrett in the broadcast booth for several ESPN races earlier this season, there was a magic that Petree has not found with Wallace. Rusty was always outspoken, and he continues to say things that Petree does not agree with. How to politely offer a different point of view has been a season-long pursuit.

Over a marathon like this, it is almost impossible not to have some bumps along the way. Struggles with re-setting the field and very light coverage of any "back of the pack" racing was almost unavoidable. Kudos to the technical crew for keeping the pictures and sound flowing through daunting weather conditions.

One strange thing that happened this week was a re-surfacing of Tony Stewart's problems with ESPN. His little issue during practice was talked about to no end. On Sunday, Stewart's lack of presence on ESPN before the race and after his accident was very noticeable. This situation is going to get worse before it gets better if ESPN continues to chase Stewart like Pedro Gomez chased Barry Bonds.

After switching networks, it did seem a bit strange to go off the air without an official NASCAR explanation of how and why Greg Biffle was declared the winner. We also deserved a bit more post-race, even from a very tired crew.

NASCAR wanted their Chase on broadcast network TV, and they got it. What they also got was all the pros and cons that go along with it. Sunday, one big problem named Desperate Housewives proved to be the ultimate con. Once again, cable TV proved to be the solution only because ESPN2 had a "window" of time available. If ESPN2 had been busy with a contractual obligation to a live event, things might have come to a very different conclusion. I guess we will cross that bridge when we come to it.

The Daly Planet welcomes comments from readers. Simply click on the COMMENTS button below, or email editor@thedalyplanet.tv if you wish not to be published. Thanks again for stopping-by.
Posted by Daly Planet Editor at 11:40 PM 27 comments: 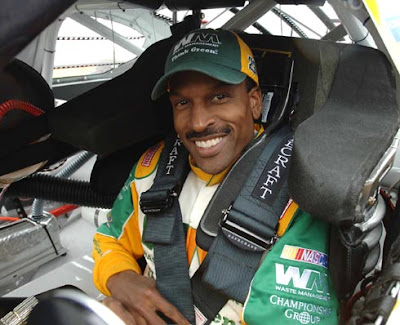 The NASCAR teams who did not make The Chase are not the only ones in the NASCAR world making changes during the final eight races of the season.

The ESPN gang has been moving some announcers around, most notably Brad Daugherty up to the Busch Series announce booth for two races. On Sunday morning, ESPN unveiled another surprise on the Bristol, CT set of NASCAR Now.

When show host Erik Kuselias introduced his co-host in the studio, it was not anyone who viewers had seen all season. It was not Stacy Compton or Boris Said. It was not Tim Cowlishaw. This face was new, and very different.

Seated next to Kuselias was the one and only Bill Lester. Veteran NASCAR fans know Lester from the Craftsman Truck Series, and his several attempts to make and then race in Cup events. One thing is for sure, Bill Lester is a racer.

In his first ESPN TV appearance, Lester stole the show. Alone on the set with Kuselias, Lester was asked to address a wide variety of issues and even to interact with NASCAR Now's mind-numbing "Eliminator" segment. Lester passed his test with flying colors.

Color may be a word used in lots of stories about this new on-air announcer. Bill Lester is a college educated black American. He is also a black NASCAR driver. Now, he is a black NASCAR Now analyst. Regarless of his race, he is exactly what NASCAR Now needed down the stretch.

Several weeks ago, The Daly Planet suggested that if ESPN wanted to extend its role of minorities on-the-air working the NASCAR beat, they should pick-up the phone and call Bill Lester. He is a fan favorite, a good driver, and an experienced NASCAR veteran who is only trying to make a living.

Hopefully, Lester will continue to play a role on NASCAR Now and get his opportunity to deal with the likes of Tim Cowlishaw and Brad Daugherty in conversations about NASCAR issues on this show.

As the NASCAR Now gang counts down to the end of the season, we can only wonder if they have any other surprises up their sleeve. If Bill Lester is typical of these "silly season" changes, then fans may be saying "bring it on."

The Daly Planet welcomes comments from readers. Simply click on the COMMENTS button below, or email editor@thedalyplanet.tv if you wish not to be published. Thanks again for taking the time to stop-by and leave your opinion.
Posted by Daly Planet Editor at 9:13 PM 20 comments:

Brad Daugherty stepped into the booth for Rusty Wallace on the Busch Series race, and changed the dynamic of the telecast on ESPN2. We will see what changes ABC might have in-store for viewers as the pre-race and race telecast progresses.

2 - Beginning next week, there will be a live post during RaceDay on SPEED. This show has big plans coming up, and I would like your reactions to the broadcast as it is in-progress. Let me just tip you off that the RaceDay show at Homestead...is four hours long. Shhh...don't tell anyone.

3 - Also beginning next week, there will be live comments available to post during the practice and qualifying day. This will continue for the rest of the season. Many readers have emailed comments about these early sessions, and now they will have somewhere to post them each week.

4 - Finally, there will be a live post for in-progress comments about Inside NEXTEL Cup on SPEED. One hour before the show, The Daly Planet will open for comments and they can then be posted during and after the show. This program is under the microscope for a lot of reasons, and waiting until we posted a column is not fair. This will allow comments as the show airs, and immediately after.

5 - The John Force article on the NHRA accident is on hold because I am unable to find a copy of the total broadcast. Unless I can see the parts of the show other than the accident, its not going to be fair to get everyone stirred up. My feelings about the coverage of the incident itself remain the same, but without the earlier parts of the program I will not comment.

I can tell you that this incident, and the resulting comments I received, have 99% convinced me to branch out into the NHRA telecasts for next season. Somewhat ironic that Paul Page used to work for me at one time. Anyone remember This Week In CART? I didn't think so.

6 - UPDATE: Wow! What a great job by Bill Lester on the one hour edition of NASCAR Now. Hopefully, we will also see him on the late night review show. If he is still there for the Monday wrap-up program, it would really be great. Congrats, Bill!

Thanks again for letting me update things. Have a great race today and I look forward to your comments for the rest of the season. When racing is over, The Daly Planet has several special things planned to keep you busy during the break. Look for an announcement of those plans in a couple of weeks. Thanks everybody!
Posted by Daly Planet Editor at 8:13 AM 22 comments: