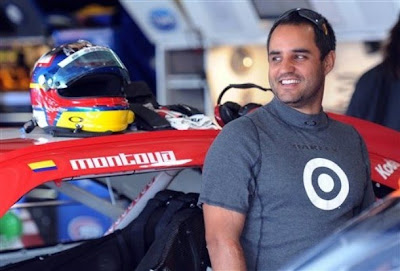 There are only four races left in the NASCAR on FOX television package for this season. After the next race in Dover, FOX takes a break for the All-Star race.

Darlington is a grind. Drivers tend to race the track and pass carefully. Now aero-sensitive as well, the old bump and run style is long gone from this historic track. Inches from the wall, drivers settle into a rhythm between stops for tires and fuel.

As television viewers discovered from the ESPN2 coverage of the Friday night Nationwide Series race, perspective is everything. Unless there is the ability to see cars in relationship to one another, Darlington race coverage can quickly look like practice.

This racing is different. Drivers pray through the corners, try to get a run down the straight and then get the pass completed before the entry of the next corner. He who is on the lowside heading into the turn normally wins.

This season FOX has chosen hype and drama as the theme of the coverage. While Darrell Waltrip rambles on from the TV booth, the director shows pictures of one or perhaps two cars shot as tightly as possible. Then, the coverage hops to another car and Waltrip begins to talk again.

This week, Waltrip will once again be with Chris Myers and Jeff Hammond on the pre-race stage to begin the coverage. This outdoor show has served to allow Waltrip to dominate the conversation from start to finish. His "Revved Up" segment allows him to tell adult fans what to think. He actually expresses anger with those who have opinions other than his.

Hammond is so far in the backseat this season he might as well mail it in. Rarely heard from once the racing begins, Hammond is not featured at the cutaway car, does not get questions from Mike Joy in the booth and is basically MIA after the green flag.

Larry McReynolds has been working on TV for a long time and this season has brought some very interesting twists. With his NASCAR Performance show now recorded during the week, his removal from the popular Trackside series and the ending of his signature "Reach up and pull those belts tight" phrase, you have to wonder what his future holds with FOX and SPEED.

Steve Byrnes, Matt Yocum, Krista Voda and Dick Berggren should have an interesting night. Darlington mandates four tires with a fuel stop and this season has seen few caution flags. If the race strings-out to single file running, there might not be a whole lot to talk about from pit road.

Expect the Ryan Newman and Juan Montoya story to pop-up in the pre-race show. One item to look for is how FOX handles the denial by JD Gibbs of the item reported by Waltrip last week. That was the apparently fake story about a pending crew chief swap between the 20 and 11 teams.

The sun will go down about 20 minutes after the race starts, so there should be a nice transition to pictures under the lights. At this track, low-angle speed shots and aerial views can serve to relay the perspective of the actual speed of the cars. That is a challenge as the mid-race portion of the event starts to drag.

Tonight has all the parts to be an outstanding event on the track and on TV. With Dover pending, a strong performance tonight in primetime would be a good way to get sports viewers back to NASCAR and focused on the stories of the season.

This post will serve to host your TV-related comments on the FOX coverage of the Sprint Cup Series race from Darlington, SC. To add your opinion, just click on the comments button below. This is a family-friendly website, please keep that in mind when posting. Thanks for stopping by.