Richard Childress Takes Off His Watch 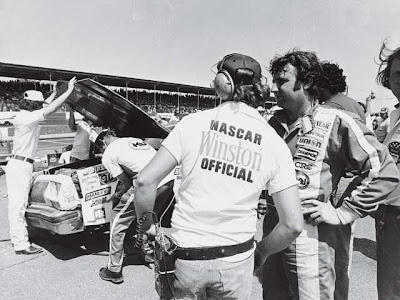 Everyone knows if you are about to get in a fight the first thing you save is your watch. Richard Childress reportedly took his off and headed for Kyle Busch in the Camping World Truck Series garage after Saturday's race.

Here is the rest of the story from SBNation's Jeff Gluck:

Upon approaching the driver, Childress – a 65-year-old grandfather – initiated the altercation without a discussion, placing Busch in a headlock and punching him two or three times. Busch then went to the ground in a defensive position to avoid further injury, but Childress attempted to punch Busch again after he rose.

Busch had a tough race, was upset about the changes he made to his own truck and was then raced hard for fifth position by Joey Coulter, who drives for Childress. Coulter basically put a mini-slide job on Busch on the last corner to take the fifth position. There was no contact involved.

On the cool down lap, Busch pulled alongside of Coulter and made contact. Busch apparently did not like Coulter's final lap pass. Both the original final lap pass and the later dust-up on the track were shown by SPEED, the network televising the event.

Most fans were long gone to either Nationwide Series qualifying coverage on ESPN2 or Grand Am sports cars racing on SPEED immediately after the truck race was over. Childress was not watching either, as he apparently had some unfinished business with Busch.

As word of the altercation got around, details from reporters were scarce. SPEED's Ray Dunlap was the first to use social media for an update.

Hot news from the track. Grandpa Childress put a whipping on Kyle Busch in the truck garage. Look for big sun glasses on kubu Sunday.

During the Nationwide Series pre-race show on ESPN, host Allen Bestwick made a small comment about the incident and directed fans to tune into NASCAR Now on ESPN2 at 9AM on Sunday morning. In today's world of instant communication, that just did not wash.

Over on SPEED, the host of Speed Center Adam Alexander had truck series analyst Phil Parsons call into the show. All Parsons could do was relate what he had heard and recap the history between Childress and the Busch brothers. For the network that carried the race, it was not a good effort.

Once the Nationwide Series race was over, SportsCenter took to the air. It was very clear that someone in upper management had forced the stick-and-ball boys to put NASCAR highlights and stories first. They were not happy about it.

On-air talent John Anderson presented dreadful highlights of the race which included the same awkward mistakes Marty Reid made when calling the finish live. The end result was NASCAR being made to look like a bunch of redneck idiots who run out of gas.

Moments later, Anderson got NASCAR Now Lead Reporter Marty Smith on the phone for an update on the Childress incident. Anderson, who gleefully calls big hits in NFL games, fights in hockey games and loves a good base-brawl was appalled by the behavior of Childress.

Anderson simply could not understand why these NASCAR types could not just get along. Luckily, Smith is a veteran of such nonsense at ESPN and took his sweet time explaining exactly what fans wanted to hear but the SportsCenter anchors could not absorb.

The confirmation of just how much SportsCenter hates NASCAR was clear when the awful segment was over and some baseball highlights popped-up. "Now, we got some baseball!!," Anderson screamed. His long four minute NASCAR nightmare was finally over.

It will be Shannon Spake hosting the Sunday morning edition of NASCAR Now with Smith and Nicole Briscoe reporting from Kansas. This is the first NASCAR show on Sunday, so it should be interesting to watch exactly how the Childress news is presented.

NASCAR has been completely quiet on the issue, saying that the organization is gathering facts and investigating the incident. While Tuesdays are the normal NASCAR penalty day, that is more for infractions involving cars and equipment. If the sanctioning body acts overnight, it could make for a busy news morning.

NASCAR RaceDay on SPEED is up at 10:30AM. This will give Kyle Petty an opportunity to offer his views on the subject while Wendy Venturini and Hermie Sadler will do the reporting. Kenny Wallace is also on the program, but his wild rants recently have left his credibility in the dust.

By the time FOX comes on the air at 12:30PM, fans will have been exposed to three hours of pre-race programming. The words Kyle Busch and Richard Childress will have been said many times. It should be very interesting to see how FOX chooses to begin this final race telecast for the network in 2011.

This post will serve to host your comments on the Sunday pre-race shows on ESPN2 and SPEED. We will open the live race blog for comments on FOX. To add your opinion on this topic, just click on the comments button below. We are not asking about the incident, but your reaction to media coverage of it.

Thanks as always for taking the time to stop by The Daly Planet. 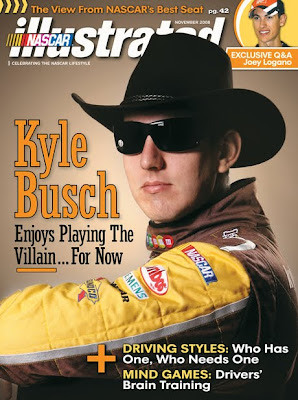 It certainly is going to be fun to watch NASCAR on FOX today. Chris Myers has to walk Darrell Waltrip and Jeff Hammond through the Richard Childress and Kyle Busch mess from Saturday before he can move to today's race preview.

As veteran fans know, FOX always has an interesting perspective on this race which is the final event for the network in 2011. It's often more melancholy than upbeat, especially for Waltrip who has actually teared-up in the past on the air.

Waltrip will continue on SPEED's RaceDay covering for Kyle Petty this summer while Hammond will work for RaceHub and SPEED's at track coverage of practice and qualifying. Myers will continue to host Inside NASCAR on Showtime for the rest of the season.

Mike Joy will call the race and other than some Barrett-Jackson auctions he steps aside after this event. Larry McReynolds moves on to TNT as the strategy guy working from the infield.

Steve Byrnes and Krista Voda continue working for SPEED, while Matt Yocum moves to TNT for the summer. Only Dick Berggren ends his TV run after today. Berggren is having a tough season and this break is coming at a good time for him.

FOX has dumped Pizzi, moved the pre-race out to the fans and got into Twitter and social media. On the flip side, they continue to use tight shots and in-car cameras to show random groups of cars instead of stepping-up and showing the actual racing on the track. The finish line struggles have also continued.

Big networks make plans well in advance of how to televise major sports. FOX carried out the plan this season and has changed nothing since Daytona. While ratings have crept up due to the better racing storylines, the network is now going to step aside and watch TNT and ESPN take on the challenge of finishing the season.

This post will host your comments on the FOX coverage of the Sprint Cup Series race from Kansas Speedway. To add your TV-related opinion, just click on the comments button below. This is a family-friendly website, please keep that in mind when posting. Thanks for taking the time to stop by The Daly Planet.