"Fast Cars And Superstars" Is An Informercial Disaster 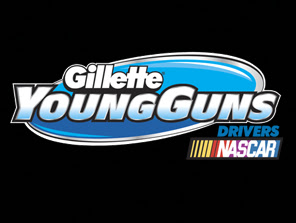 Promoted as a way to "extend the brand," ABC led into the NBA Finals Game One with a thirty minute paid advertisement called "Fast Cars and Superstars." The success of the Gillette Young Guns advertising campaign in NASCAR led to the creation of this "concept" in programming. Unfortunately, success is a word that will never be associated with "Fast Cars and Superstars."

Created by the ad agency that handles the Gillette account, this series is paid for by the sponsors and is no different than an infomercial for "The Firm" or George Foreman's "Miracle Grill." In today's chaotic TV marketplace, broadcast networks are proving to be the new playground for paid and sponsor-driven programming.

"The creative concept and the brand are intertwined...really, the show is the ad" says Steve Fund, a Gillette business executive. This means that not only did Gillette help conceive and create the series, but its company is constantly featured throughout the entire thirty minutes, from logos on driver's suits to commercial advertising and signage at the track. Somehow, the information that this "primetime series" is really just another "Ab Roller" style infomercial was not passed along to the viewers...imagine that.

B-grade celebrities were recruited for this series with specific stereotypes in mind. Serena Williams, William Shatner, and John Elway serve three very different demographic groups. The remaining celebrities fill-in the gaps. Apparently, being a celebrity enables people who have absolutely never followed NASCAR before to suddenly be very impressed by the sport and then drive fast. Perhaps, national TV exposure and a very healthy paycheck for just showing-up does not hurt either.

Kenny Mayne, quite possibly the most bizarre on-air "talent" in sports broadcasting, acts as the host for the series. He is joined by Brad Daugherty, who quickly surrenders the credibility he built up on the ESPN/ABC NASCAR broadcasts. One website refers to Mayne as "an over-caffeinated lap dog." He spews sponsor plugs and ridiculous commentary while pretending to somehow keep his dignity...or what's left of it. Daugherty is completely mis-cast in his racing role, and no one even mentions what connections Daugherty has to this sport. He is just plain lost.

The "Superstars" get to follow one of the Gillette Young Guns a couple of times around Lowes Motor Speedway in Charlotte. The suggestion is that they are trying to "keep up" with the NASCAR veterans, and record a winning qualifying time. Kurt Busch leading Serena Williams around an oval track at a slow speed is not exactly going to set the world on fire. In fact, it was kind of embarrassing.

As the show progressed, it became clear that this was pretty much a disaster. Yet, this was only the first "episode," as if infomercials have episodes. There was Kenny Mayne, standing on pit road with his blue dress shirt untucked between three sweaty celebs in driving suits and one "Young Gun." Serena Williams was the slowest at following Kurt Busch around the track, so she had to be eliminated.

But really, no one cares. The myriad of sponsors have had their logos and commercials splashed on broadcast network TV for thirty minutes without the usual "restrictions" of actual TV programming. Without all the hassle of somehow generating actual "content" or "skill" or "excitement." Without the pesky limitations of "good taste" and "dignity." Everyone got paid, everyone had fun, and the checks cleared for Radical Media, the company with low enough self-esteem to produce this infomercial.

In the broadcast promotions for this series, ABC and ESPN try to generate viewer interest by showing "accidents" and suggesting that these celebs spun out wildly or hit the wall hard or "lost it" in the high speed turn. In reality, there was NASCAR NEXTEL Cup veteran Kurt Busch with Serena Williams slowly following him down the back stretch. There is just no way to hide really bad TV.

The first episode generated a tiny 1.9 Nielson rating, and was destroyed by Jeff Foxworthy and his whole "smarter than a 5th grader" franchise. Kenny Mayne exclaimed "We're making history here!" early on in the program. There is absolutely no doubt that when ABC takes a look at the damage this series is doing to its sports and NASCAR credibility, it is going to realize that Mayne was right. They are making TV history for all the wrong reasons. Look for clips of this series to live forever on YouTube. Another classic case of putting the wallet before the brain.

The Daly Planet welcomes comments from readers. Simply click on the COMMENTS button below, or email editor@thedalyplanet.tv if you wish not to be published. Thanks again for taking the time to stop by.
Posted by Daly Planet Editor at 11:14 PM 2 comments: