"SPEED Center" About To Play A Bigger Role 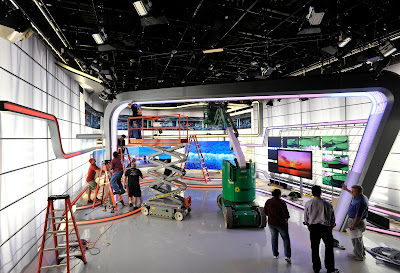 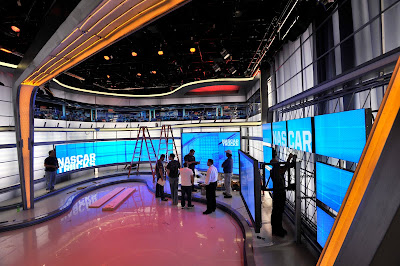 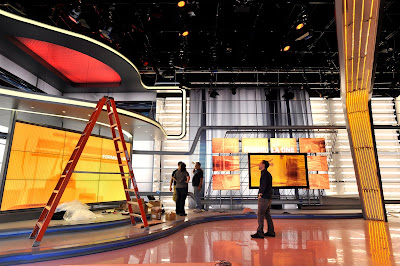 One of the most interesting changes to SPEED since Patti Wheeler took over the programming and production departments at the network has been a show called SPEED Center.

Many viewers may remember The SPEED Report, a one-hour show aired on Sunday night at 7PM. It was the network's only true motorsports program for news, highlights and interviews.

Wheeler's idea is to expand the TV portion of that concept and tie it to the instant information available through new technology. Social media sites like Facebook and Twitter contain a steady stream of information about virtually every series racing worldwide.

"In continuing to differentiate SPEED Center as the definitive source for news and analysis from across the motorsports world, we wanted to create a ‘command center’ that not only incorporates all forms of racing but also integrates the latest technology to deliver up-to-the-second information from any racing venue in the world," said Wheeler. "The show is as fast-paced as the racing it covers, and we think the new look reflects the sense of urgency in motorsports and live television."

The bottom line is, she is right. TV is changing and much of it is quickly falling apart as it lags behind in technology. How many local TV news shows use YouTube clips, tweets and Facebook page information? The answer is a lot.

The missing link for SPEED for years has been updated motorsports news and information presented in a timely fashion. The new SPEED Center is designed not only to host the one-hour show on Sundays, but to be active throughout the racing weekends. That is a huge undertaking.

The good news is that the show host Adam Alexander has toned it down. He is much more effective working at a deliberate pace and passing along information without fake excitement or his personal volume control set on high.

The new SPEED Center set rolls out on Friday at 7PM as Alexander hosts a NASCAR-themed edition of the show. Here are some specifics on the technology he will have available.

The set was designed by Lead Designer Jim Fenhagen and Senior Designer Larry Hartman of the Jack Morton Company. They have designed some of the most recognizable sets on television, including those of Good Morning America, Piers Morgan Tonight, The Colbert Report, The Daily Show and World News Tonight.

SPEED has come a very long way from renting studio space from a religious network and then having to rent office space across the street. These days, the network is settled into a High Definition studio in the Greater Charlotte area put together specifically for the TV operations.

It should be interesting to see Alexander work the new set and all the gizmo's this weekend. It just might be that SPEED has added a key piece of the puzzle as the network grows more toward motorsports programming and news than "lifestyle" shows and infomercials.