Rainout No Problem For "NASCAR On Fox" Gang

During this stretch of the season, the scheduled night races on the NEXTEL Cup circuit are often delayed or postponed by weather. This week, the NASCAR on Fox gang was involved in yet another event delayed by a full day. In some ways, this delay allowed the TV crew to focus on the race itself.

Since Fox was on the air Saturday night to talk about the rain delay, all the interviews and features that were prepared for the telecast were mostly used in the rain delay. This allowed the Sunday race to air without a pre-race show, without a lot of outside focus, and with one singular purpose...a NASCAR race.

This telecast had the "focused" feel of an old race on ESPN. There was basically nothing but the race. Once Fox used a little footage of Darrell Waltrip interviewing Dale Earnhardt Junior, things were all about racing. This made the pit reporters even more important, allowed Jeff Hammond to jump in and make his points, and let Mike Joy run the show with total control.

It also seemed that Darrell Waltrip got most of his "sponsor plugs" in on Saturday night. He was focused on the racing, and really contributed some good perspectives on the lap-by-lap grind of Darlington. This was the real "old DW" that fans loved when Fox first hit the airwaves with NASCAR. Lots of things have changed since then, and no one has remained immune. It was nice to hear DW remind us of what he knows, and deliver it in a style that was not "over-the-top."

Larry McReynolds has always been a strong provider of information, and a poor provider of english grammar. In this event, he proved once again that mixing tenses and mutilating verbs cannot prevent the best inside information from being given to the viewers. Larry Mac stayed excited from the green flag to the checkers, and added some classic lines like "the crew chief don't even go over to the team." Got to love it.

One feature that the NASCAR on Fox crew has perfected is incorporating the audio of the pit road reporters during green flag racing. In much the same way that Jeff Hammond is allowed to contribute, the pit reporters are allowed to make points about their assigned drivers while the action is in-progress on the track. This has really allowed the telecast to be almost an "open conversation" between all of the on-air announcers. Hopefully, TNT and ESPN are taking notes...we know they read The Daly Planet.

Late in the races, sometimes things happen that make directing the telecast tough to do. Fox still lingers too long on cars that are out of the race, and often goes in-car when fans would like to see a higher perspective of cars battling. Better to replay the in-car later if something happens, than lock fans into a "one view" perspective during racing action. It has helped that both Mike Joy and Darrell Waltrip have been forceful in calling for certain racing action to be covered, and the Director has responded.

Unfortunately, one serious problem reared its ugly head again. What makes this issue even harder to deal with is where the race took place...Darlington. The Fox Director chose not to show any cars crossing the finish line except Jeff Gordon, who won. It is hard for fans to imagine that the entire field at Darlington, on slippery worn tires and with smoking cars, is thundering to the checkered flag, but that suddenly becomes completely non-important.

Apparently, what was most important was the fact Jeff Gordon's smoking car was slowing down. My favorite driver again finished on the lead lap, was battling for position, and I did not see him finish. What do we have to do to change this? How does this happen at crunch time to a veteran crew who supposedly knows what is important on the track?

What made it worse this time was that there was no battle for the lead, Gordon just cruised across the line and slowed down. Meanwhile that noise we heard in the background was the entire rest of the field beating-and-banging at a classic NASCAR track all the way to the finish line. What a let-down for viewers after wonderful coverage of the race itself, except for the last lap. This has clearly been the most bizarre element of the NASCAR on Fox coverage, and the most dissapointing.

The Daly Planet welcomes comments from readers. Simply click on the COMMENTS button below or email editor@thedalyplanet.tv if you wish not to be published. Thanks again to the thousands of fans who have stopped by since we cranked it up in February.
Posted by Daly Planet Editor at 4:32 PM 9 comments:

SPEED Comes Through With Bonus "RaceDay"

Thanks to SPEED for hanging in there and offering up a new live edition of RaceDay on Sunday morning before the NASCAR on Fox airing of the postponed Darlington NEXTEL Cup event. Many people might have been crushed when Tony Stewart let it slip that Wendy Venturini has a boyfriend. Its always interesting on RaceDay.
Posted by Daly Planet Editor at 12:52 PM No comments: 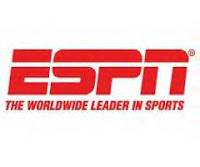 With the Darlington NEXTEL Cup race postponed to Sunday, many NASCAR fans tuned into ESPN2 on Sunday morning. What they were searching for was a bonus edition of NASCAR Now, previewing the race and updating the Dale Earnhardt Jr. story. What they got was a profanity-laced show entitled Car Wars. It featured a woman who used graphic profanity throughout the entire show. Although the audio portion of the profanity had been edited out, anyone could clearly see her face and hear the remaining portions of each hateful sentence.

As a ten year employee of ESPN, I was shocked and disgusted by this display of rude and profane behavior on a Disney-owned television network on a Sunday morning. The woman featured on this program used clear profanities and hateful speech throughout the entire show. How it is possible that advertisers, program executives, and the ESPN program screening process allowed this program to air? This incredible incident should give everyone at ESPN/Disney a very strong wake-up call.

One segment of this program included the woman yelling "kiss my a@@" without editing, an incredible amount of hateful profanity, and even obscenities yelled from the stage at a car show by a hip-hop artist. It does not matter what the subject matter of this program contains. It does not matter who is the host, what company did the production, or what companies sponsor it. For ESPN to put an obscenity-laced hateful television program on the air nationwide on Sunday morning cannot be tolerated or forgiven. What were they thinking?

The Daly Planet calls on Le Anne Schreiber, the ESPN Ombudsman, to review this program and hold this producer, program executive, and Coordinating Producer responsible for this profanity and hateful content. What has this network become?

The Daly Planet welcomes comments from readers. Please click on the COMMENTS button below or email editor@thedalyplanet.tv if you wish not to be published.
Posted by Daly Planet Editor at 10:35 AM No comments: