News Continues To Flow In Charlotte 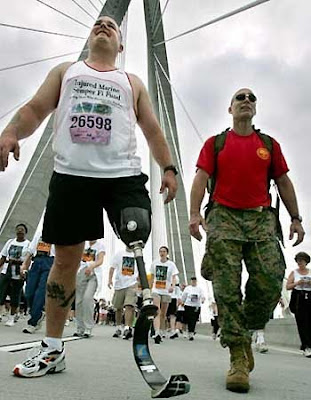 With almost all the NASCAR media present, there continues to be a flow of news from the Charlotte Motor Speedway.

NASCAR continues to tinker with the Nationwide Series by working with the title sponsor to upgrade the "Dash 4 Cash" program. This season, it remains a bonus program centered around four big races that can offer as much as one million dollars.

Here are some official details from NASCAR:

The program’s four-race format remains the same. The bonus-paying races start with the July 1 race at Daytona International Speedway, followed by Iowa Speedway on Aug. 6, Richmond International Raceway on Sept. 9 and culminate at Charlotte Motor Speedway on Oct. 14.

Two key revisions to the “Dash 4 Cash” program this year will benefit the drivers competing for the 2011 NASCAR Nationwide Series championship. First, only the top four drivers in the series points standings heading into Daytona’s summer race will be eligible for the $100,000 bonus.

That means ultra-competitive racing among the top-10 drivers in the standings at Road America on June 25 which will set the stage for those who will make up the eligibility list at Daytona.

The highest-finishing eligible driver at Daytona will receive the first “Dash 4 Cash” payout and automatically qualifies for the next event at Iowa. That same qualifying procedure will be in place for the remaining two events at Richmond and Charlotte.

Another twist: Should any eligible driver win the three “Dash 4 Cash” payouts leading up to Charlotte and then win the Charlotte race, Nationwide Insurance will award an additional $600,000 in Victory Lane, bringing the total “Dash 4 Cash” bonus to $1 million.

We have been asking NASCAR to try and create some more excitement and opportunity in the Nationwide Series for several years. Now, the Cup drivers are out in terms of the driver championship and now they are also out in terms of the "Dash 4 Cash" program.

Hopefully, this will create some more TV interest for the series at a time when it gets wedged between ESPN college football games and pushed to the back burner on SPEED. The final four months of the Nationwide Series over the last five years have been a disaster.

The ultimate solution would be to switch the races over to SPEED once ESPN begins the college football season. ESPN2 is absolutely wall-to-wall college football on Saturdays and then all of a sudden, a second-tier NASCAR race pops-up out of the blue.

It's no secret that the pre-race show is scheduled in a fake timeslot that simply does not exist. Often, the entire pre-race or the vast majority is covered by a live football game. ESPN has offered all kinds of excuses over the years, but the bottom line is they have no room at the inn for this product come September.

We recently were informed that Darius Rucker will sing the National Anthem for the Coke 600 on Sunday. Now we know who will give the starting command on Memorial Day weekend. It sounds like the Charlotte Motor Speedway is once again on the money.

This from a speedway news release:

Master Sgt. William “Spanky” Gibson stands out. He’s the first service member to return to the front lines after losing a leg above the knee.

In May 2006, while serving with the Marines in Iraq, Gibson and fellow service members on patrol in Ramadi came under sniper attack. Gibson was struck in the left knee. Despite a devastating injury, he continued to return fire.

Back in the United States, Gibson never lost focus of his goal to return to battle. Fitted with a prosthetic leg, he learned to walk, run, ski and swim. After competing in the grueling Escape from Alcatraz Triathlon, his commanders offered him a return stint in Iraq – a deployment Gibson eagerly accepted.

Gibson, who now works at the Pentagon, will be joined at the track by his family, including his father, William Gibson, Sr., a Vietnam War veteran who will be celebrating his 71st birthday on race day.

Hopefully, SPEED will get the clue to interview Gibson on RaceDay and the NASCAR on FOX guys will do the same on the pre-race show. It's time to stop the endless sponsor-driven hype and get back to celebrating Americans, like the one pictured above, who have helped to support and define the sport over the years.

One final note: NASCAR Chairman Brian France and ESPN President George Bodenheimer are receiving 2011 Intrepid Salute awards in New York City Thursday night. This award recognizes support of the military, business achievements and important philanthropic activities. These two are the first sports industry figures to receive this award since its inception in 1992. The ceremony is at the Intrepid Sea, Air and Space Museum in Manhattan.