The Untimely Passing Of Colin McRae 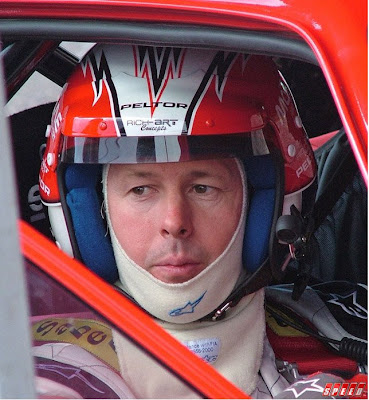 Those of us old enough to remember The Alabama Gang in its heyday can also remember the tragic death of Davey Allison while piloting his helicopter. He was just about to land on the helipad at Talladega when things went very wrong.

Now, that type of tragedy has struck again with the untimely passing of former World Rally Champion Colin McRae. Only thirty-nine years old, McRae was nearing his home in rural Scotland piloting his own helicopter. He was accompanied by his young son and two other passengers. Witnesses describe the fact that a rotor blade suddenly detached from the helicopter and the craft hit the ground immediately. All those aboard perished.

In America, many youngsters only know McRae from his popular video game called Colin McRae Rally. It has appeared in several versions, the latest entitled DIRT. To veteran motorsports fans, he meant much more.

Colin McRae was the Dale Earnhardt Sr. of the WRC. A working class man whose father still runs a heating and air conditioning business, McRae was not impressed by the high and mighty. He was feisty, outspoken, brooding, and drove like hell. When he won, he won big, and when he crashed, he crashed big. McRae was a versatile driver like Dale Senior, and competed in the Dakar Rally and even the 24 Hours of Le Mans.

SpeedVision viewers became fascinated by McRae when the WRC came to SPEED years ago. His feisty determination coupled with a wickedly dry sense of humor endeared him to fans.

In 2006, McRae drove his Subaru in the X-Games on ESPN, and rolled his car completely with two turns to go. As the car landed back on the wheels, he shoved it into drive and finished the race in second place. For fans who have a memory of Dale Senior flipping his car and then driving it onto pit road at Daytona, this was the ultimate link between the two.

With the recent influx of racing stars from other sports to NASCAR, many believe Colin McRae would have loved to try his hand at a Watkins Glen or Sonoma. Now, racing fans are left with the memory of one tough Scotsman who loved to drive whatever he got his hands on to the limit.

Our deepest sympathy to his wife Alison and his remaining family members.

Krista Voda will host The Set-Up, along with Ray Dunlap and Adam Alexander. Rick Allen and Phil Parsons will call the action with Dunlap and Alexander working pit road.

This post will serve at the place to leave your comments about the race while it is in-progress, and The Daly Planet will then have a full article about the telecast a short time later.

Please restrict your comments to the TV presentation of the event, but all areas of that are up for discussion. The rules for posting comments are located on the right side of the main page.


To leave a comment on The Daly Planet, simply click on the COMMENTS button below, and follow the directions. There is no membership requirement, and you do not have to leave your name or email address. Thanks again for taking the time to stop-by.
Posted by Daly Planet Editor at 2:02 PM 13 comments: 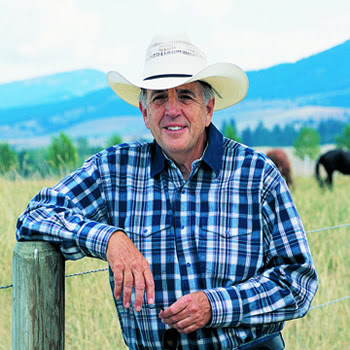 Its time for ESPN to produce the key NEXTEL Cup event on their schedule. Loudon, New Hampshire is relatively close to Bristol, CT and the ESPN headquarters. Veteran employees refer to this location as "the mothership."

Most Bristol-based ESPN employees have never been to a NASCAR race. A lot of them don't even know where the Stafford or Thompsonville Speedways are located. That would be Connecticut.

The single face that ESPN has chosen to "front" its ABC telecasts is Brent Musburger. They present him in the same way that the old ESPN presented Jim Simpson. He is simply a Jack Whitaker type, who the network believes somehow bestows a higher level of credibility on the programs in which he is involved. For NASCAR fans, nothing could be further from the truth.

Musburger as the credible host of a NASCAR telecast confirms for us exactly what The Daly Planet has been saying for months. This huge media company has made the NASCAR on ABC telecast package about ABC, and not NASCAR. Its not about the action on the track, or the personalities involved. It is simply about the fact that "we" are letting you watch it.

This Sunday, the ESPN crew that produces the ABC telecasts will use eleven announcers. Three in the booth, one in the Tech Center, two in the Infield Studio, four on pit road...and one in the "host position."

The network will once again originate a one hour NASCAR Countdown pre-race show, that will go head-to-head live with NASCAR RaceDay on SPEED. Then, the Loudon telecast will begin, and it should be interesting. This is basically a one mile non-drafting flat track where everyone tiptoes around trying to survive until the final fuel run.

What this does for the ability of the network to insert elements like Draft Tracker, the Tech Center reports, SportsCenter cut-ins, and Infield Studio on-camera segments has yet to be seen. From what we have witnessed so far this season, it could be a big challenge, especially with long green flag runs.

While Dr. Jerry Punch sets a certain tone with his former experience in NASCAR, things change when Musburger is on the telecast. He is not a NASCAR fan, has no NASCAR experience, and now joins Suzy Kolber and NASCAR Now host Erik Kuselias as just another "TV type" who ESPN has decided they will assign to this sport.

In a way, that is damaging to what remains of Musburger's credibility. First identified with the wonderful NFL Today on CBS Sports back in 1975, Musburger has certainly been there and done that, especially in the world of college sports which he loves. Now, firmly nestled in a Montana ranch and a Florida winter home, he is not the same person on-the-air that we enjoyed in his TV prime.

Musburger brings a certain dynamic to stick-and-ball sports. Like him or hate him, the "game" takes on a different meaning when ESPN/ABC and Musburger are on the scene. While that is true for college towns, the same thing is not true for the town of Loudon, New Hampshire.

Many NASCAR fans on-hand for the weekend would like to talk to Larry McReynolds, Jeff Hammond, or take a picture with Jimmy Spencer and his ever-present cigar. The strong female NASCAR fanbase results in lots of Wendy Venturini pictures, and lots of lots of excitement over a Kenny Wallace sighting.

In this world of longtime NASCAR fans, the odd man out is Musburger. Simply put, he does not get this sport. His actions and words are consistently the opposite of what draws fans into this nine month extended road trip. While the big story at a college football game might be that ESPN is in town, NASCAR has had every lap of its highest level of racing live on national TV for years.

Announcers and TV networks simply come and go in the NASCAR world. Fans know the on-air talent not from their TV network, but from their commitment to the sport. That is where Musburger gets lost in the shuffle. Names like Mike Joy, Allen Bestwick, Dave Moody, and Barney Hall bring a stronger reaction than Musburger.

In what is perhaps the most unique twist to this sport, ESPN actually finds itself totally surrounded at each NEXTEL Cup event. When they look one way, they see the SPEED Stage where that network originates tons of live programming every racing weekend. When they look the other way, they see the smiling face of DirecTV and the Hot Pass team waiting to present the direct alternative to ABC's telecast.

When the network pauses to take a breath, the MRN and Sirius Satellite Radio team begin to call the action with multiple announcers around the track who could make watching traffic lights change exciting. Eventually, the yellow light is going to pull-out and make his move, but the big question is...will green go with him?

The entire time that ESPN was gone from NASCAR, they shunned the sport. With deep anger and company-wide agendas, they did everything possible to push NASCAR off the map. Yet, somehow the sport became more popular then it ever was on ESPN. Now, simply because ESPN once again stepped-up to the plate and paid the price for the new TV contract, it does not mean that the fans will once again embrace them.

For many, Musburger unfortunately represents exactly what they detest about the "new" ESPN regime in the Disney era. Gone is the in-depth reporting and the family atmosphere, replaced instead by unending hype and aggressive reporting that borders on hostility. Its almost like one "template" of how to produce TV sports has been locked onto the network. Hype, glitz, and controversy now rule the day for ESPN.

So, gear-up for a very interesting Sunday afternoon in New Hampshire. Certainly, every ESPN and ABC management type who can make the short drive to Loudon will be in attendance. We all know that things work a lot better when there are tons of executives who normally drive desks now standing around in khaki pants talking on their cell phones in the TV compound. Maybe, just pull those seatbelts on your recliner a little bit tighter Sunday afternoon. It could be quite a ride.


The Daly Planet welcomes comments from readers. Simply click on the COMMENTS button below, or email editor@thedalyplanet.tv if you wish not to be published. Thanks again for taking the time to stop-by and leave your opinion.
Posted by Daly Planet Editor at 11:18 AM 25 comments: