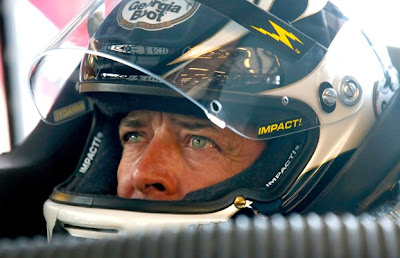 The trucks are running a one-day show from Nashville Superspeedway on SPEED.

Krista Voda is hosting the pre-race show with Ray Dunlap and Adam Alexander reporting. Rick Allen will be in the broadcast booth with Michael Waltrip and Phil Parsons.

This is the standard truck series TV from SPEED that has been crowd pleasing for several seasons. Expect good coverage of the actual racing after a straightforward pre-race show.

There are lots of new drivers in the field since this is a stand-alone event and SPEED should have many good stories to follow before, during and after the race.

This post will serve to host your comments on the SPEED coverage of the Camping World Trucks from Nashville. To add your TV-related opinion, just click on the comments button below. This is a family-friendly website, please keep that in mind when posting. Thanks for taking the time to stop by The Daly Planet.
Posted by Daly Planet Editor at 8:07 PM 48 comments: 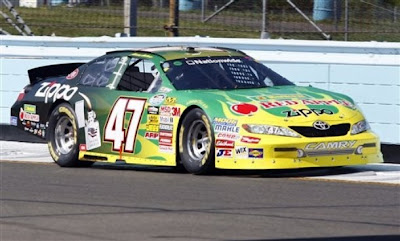 The ESPN team is back and the Nationwide Series racing on the road course at Watkins Glen is waiting.

Allen Bestwick hosts Rusty Wallace and Brad Daugherty in the Infield Pit Studio to start the coverage at 1:30PM. These three have already been on the air with both Nationwide and Sprint Cup Series practice Saturday morning. They should be well informed on the stories of the day.

Marty Reid is calling the race with Dale Jarrett and Andy Petree alongside. Reid has an apology to make from last week's coverage, let's hope that happens. Jarrett and Petree handled the Nationwide Series qualifying Saturday morning, so they know the starting grid and track conditions.

ESPN decided not to take a different team of announcers to the Glen for this NNS race, despite the strong efforts recently of Ricky Craven and Ray Evernham in the booth. This put the entire NASCAR on ESPN team on the air continuously since 9AM ET.

By the time the NNS race starts shortly after 2PM, the announcers will have been on the air for five hours. Anyway you cut it, ESPN should have learned from the last several seasons at the Glen and brought along a second set of booth announcers.

The Glen has changed several corners on the course with improved runoff areas and added SAFER barriers. While the racing on the track might not change, we should be able to avoid the extended caution period while cars were pulled out of the gravel traps.

Cutting a road course is relatively simple until the field gets strung-out and the director has to "back cut" in order to follow a second battle on the track. Unlike ovals, where one camera can follow a car all the way around, road courses have cameras assigned to each turn or straight.

The weather is good, the pictures are super and as usual there are lots of conflicting agendas in the Nationwide Series race in terms of drivers and cars.

This post will serve to host your comments as ESPN covers the Nationwide Series race from Watkins Glen. To add your TV-related comment, just click on the comments button below. This is a family-friendly website, please keep that in mind when posting. Thanks for taking the time to stop by The Daly Planet.
Posted by Daly Planet Editor at 12:58 PM 93 comments: