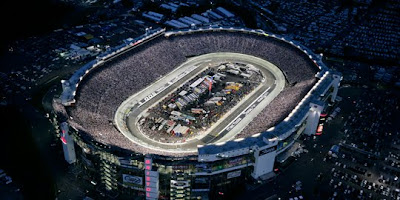 Here we go with the Nationwide Series from the Bristol Motor Speedway.

Allen Bestwick starts the show with Ray Evernham, Rusty Wallace and Brad Daugherty alongside in the Infield Pit Studio. Tim Brewer will be in the Tech Garage.

This is a fast-paced race that often comes down to the Sprint Cup Series drivers in the field vs. one or two of the best Nationwide Series regulars.

This post will serve to host your comments on the Nationwide Series from BMS. To add your TV-related comment, just click on the comments button below. This is a family-friendy website, please keep that in mind when posting.
Posted by Daly Planet Editor at 6:57 PM 245 comments:

Rick Allen Gets The Call 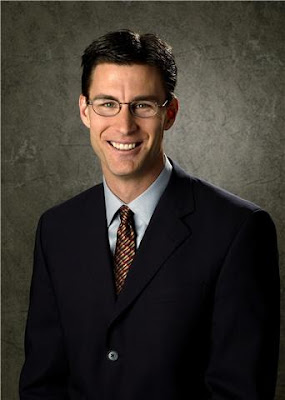 Over the past couple of years we have often discussed how one thing rarely changes in sports TV without affecting other things. Such is the case with SPEED this weekend.

Steve Byrnes just finished his first week of hosting Race Hub on a fulltime basis. Byrnes set a very different tone with the show and it will be interesting to watch the new production team try different features, formats and ideas. One hour of NASCAR TV Monday through Thursday from a studio based in Charlotte, NC has a ton of potential.

Byrnes left quite a legacy of hard work on the road. The first task was to name new hosts for the Trackside program. SPEED recently announced that Krista Voda and John Roberts are going to share hosting duties, with Voda handling the majority of the remaining programs this season. Friday at 11PM ET will be her debut.

While bringing in a veteran like Voda may have been expected, the second move following Byrnes departure was an attention grabber. Camping World Truck Series play-by-play announcer Rick Allen is going to move up to the Sprint Cup and Nationwide Series on Friday.

Allen will handle the entire day, including practice for both series and the Nationwide qualifying. The full TV schedule for Friday is on the left hand side of the TDP page.

Along with Larry McReynolds and Jeff Hammond, Allen will be on the air Friday for over five hours. The Nationwide and Sprint Cup Series should be an interesting challenge for Allen, who has made his mark focusing on the trucks. This season, however, Allen has also done studio work as a host for both The Speed Report and Race Hub.

Before the season is done, Mike Joy will also step-in and help with the support programming of practice and qualifying, but for Allen this is a big opportunity. TV viewers who do not watch the trucks are going to be exposed to Allen on a product that Byrnes has made his own for the past several years.

One trademark of Byrnes is that his personality and good sense of humor come through on the practice and qualifying coverage. Allen is more personally reserved, focusing on allowing Phil Parsons and Michael Waltrip to take the spotlight in the truck series programs.

This is going to be a good test of Allen's NASCAR TV skills as the intensity, noise and fast pace of Bristol is not only present for the actual races, but also for the practice and qualifying. Allen ends his day at 5:30PM when ESPN takes over for the Sprint Cup qualifying coverage.

We will use this post to host your comments on the Friday daytime coverage from Bristol Motor Speedway. To add your TV-related comment, just click on the comments button below. This is a family friendly website, please keep that in mind when posting.

There will be a live TV blog up for the Nationwide Series race on ESPN Friday night. Thanks for taking the time to stop by The Daly Planet.
Posted by Daly Planet Editor at 5:30 PM 38 comments: