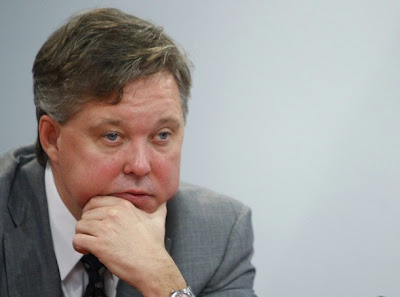 The original plan communicated to the media last season was to have NASCAR Chairman Brian France spearhead a press conference in Daytona on Friday, January 21 at noon ET. That Friday is right in the middle of the three day test for teams to experience the new DIS pavement.

France was expected to announce the anticipated changes to the Chase for the Championship format. Statements from France last year suggested that he was considering elements like expansion to fifteen teams, eliminations of one team after every Chase race and more points for winning in the regular season.

In addition to having most of the mainstream NASCAR media in Daytona for the test, SPEED has made arrangements to be on-site with the most extensive coverage of a test ever produced. The big news is that the vast majority of the coverage is going to be offered online globally through the SPEED.com website.

Monday afternoon, NASCAR announced that France would not be present at Daytona but would brief reporters on Wednesday, January 26 during the NASCAR media tour. France normally delivers a "State of the Sport" address at this time, so in essence France has been removed or removed himself from the Daytona media event.

NASCAR is now referring to the January 21 press conference as a competition update. It will be NASCAR president Mike Helton and Senior Vice President Robin Pemberton handling the duties for the sport. In one way, it makes sense to let the two primary players explain the rules changes and then deal with the questions. Certainly, other topics like ethanol, tires and the new DIS pavement will also be on the menu.

On the other hand, the Chase is a concept single-handedly advanced by France that has yielded mixed results. It has changed many aspects of the sport during what is now called the regular season and has dynamically changed the TV and media exposure for teams outside of the Chase while it is run.

France himself would be the one who authorized the new changes, as well as the possible exclusion of full time Sprint Cup Series drivers from the Nationwide Series driver's championship. It seems a little hollow that he is not the person to update the changes as the media reports and then carries those changes to the fan base.

Update #1: Monday night at 8:24PM ET a story appeared on the NASCAR.com website from reporter Dave Rodman. Click here to read the entire article. Basically, Rodman announced a major rules change. Drivers must now declare in advance of the season what series in which they will run for the championship. There is only one allowed. The story says this change will be explained by Helton and Pemberton in Daytona at the press conference on January 21.

Update #2: Shortly after the rules story, NASCAR made the following announcement:

NASCAR executives, including chairman Brian France, will meet with team owners, drivers and key team officials the next several weeks to talk about significant issues facing the sport. The meetings will be done by team organization instead of during one big meeting with all Cup or Nationwide teams, NASCAR spokesman Ramsey Poston confirmed. In the past couple of years, NASCAR has increased its use of "town hall" style meetings to discuss potential changes to the sport. Last year, it opted for smaller team forums by meeting separately with each organization.

SPEED is currently not scheduled to be on with either TV or streaming coverage during that hour originally scheduled as a lunch break. We are waiting to hear what the plans will be to report on that event and will update this post.

Online coverage plans for the media tour have not yet been announced.