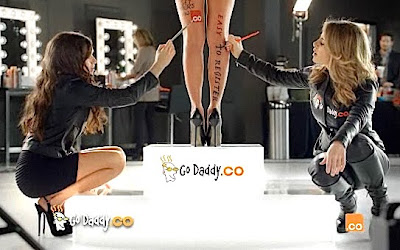 Working both sides of the street in 2011 gave Danica Patrick an opportunity to leave a lot of issues on the table when she was pressed about her racing future. She made sure to tell the NASCAR media she was still pondering her future plans right up through late July when she confirmed the NASCAR switch.

In a Sports Illustrated article last week, Patrick's former IndyCar owner Michael Andretti told a different tale. "In January of '11 she had to let us know what she was doing for '12," Andretti told reporter Brant James. "We purposely put it in the contract so in case she decided to leave, we had time. I'm glad we did that."

This weekend, Scenedaily.com's Bob Pockrass followed up on this topic when speaking to Patrick at the NASCAR Preview in Charlotte, NC. She had a new spin on why she hid the reality of her NASCAR plans.

"It was just part of my contract – it was just the date I had to tell them what my decision was," Patrick told Pockrass. "That’s just a contractual thing. There are lots of contractual things that go on behind the scenes with drivers and teams."

"At the end of the day, we had a lot of good times and a lot of success," she continued. "We won together and I’ll never forget that. But that was just a contractual obligation I had to do. I was pretty sure the NASCAR thing was going to work one way or another."

Yep, she was pretty sure the NASCAR thing was going to work out because behind the scenes multi-million dollar deals were being done for both Nationwide and Sprint Cup Series rides in 2012. All the while Patrick was essentially working a marketing plan that involved a fundamental deception of the NASCAR media and fan base.

Go Daddy is the company that is paying the way for Patrick's transition to NASCAR. The picture above is from one of the new Super Bowl ads Patrick and Go Daddy girl Jillian Michaels will be featured in this year. So far, none of the commercials feature NASCAR content...so far.

Patrick's full time arrival to NASCAR is going to be highlighted by her attempt to get into the Daytona 500 field with help from Stewart-Haas Racing. In the blink of an eye, the fact she is actually racing full time in the Nationwide Series will be eclipsed by the possibility she could win "The Great American Race."

FOX has already latched onto this publicity generating topic and used Patrick when promoting the upcoming Daytona 500 during the NFL playoff game on Sunday night. While Darrell Waltrip got a nice nod on his Hall of Fame induction, it was Patrick that once again raised eyebrows with the possibility of a woman in the Daytona 500.

Monday, host Steve Brynes will start another season of the only daily NASCAR news and interview show on SPEED called RaceHub. Byrnes has worked very hard to forge a personality for this franchise that features a one-hour topical show produced Monday through Thursday during the season.

SPEED is owned by FOX and was moved to Charlotte years ago to become the official NASCAR TV network. While the deal fell through, the result is that SPEED finds itself located in NASCAR's backyard with almost unlimited access to the key personalities in the sport.

Last week the network announced that the first in-studio guest of the new season of RaceHub was going to be Patrick. Not the current Sprint Cup Series champion, not the NASCAR on FOX announcer just inducted into the Hall of Fame and not the Sprint Cup Series owner last seen with his airplane in pieces in Key West.

Veteran writer Larry Woody talks about what is about to happen when Patrick hits Daytona with making the 500 and winning the Nationwide Series race in mind.

"The only thing that’s dead-solid certain is that Patrick will create an early-season sensation unsurpassed in the sport’s history," said Woody in the Murfreesboro Post. "Next month at Daytona, Patrick will be the talk of the track. She will dominate coverage of the Nationwide Series and when she makes her Sprint Cup Series debut it will overshadow everything else in the vicinity."

Each new season brings a new hot driver who comes into Daytona with lots of buzz. Patrick has JR Motorsports, Stewart-Haas Racing and Go Daddy signed, sealed and delivered. She has the racy TV ads, the modeling pictures and her own fragrance.

Monday on RaceHub it should be interesting to see just what new marketing topics this experienced saleswoman introduces in her interview. Byrnes is a media veteran and has a way of getting to the heart of the matter. These days, the heart of the matter is whether or not Patrick is there to win, place or just show.

"Can she or can’t she? Nobody knows," says Woody. "But, watching her try is going to be the most intriguing NASCAR storyline to come along in a long time. Patrick pandemonium is barreling toward NASCAR."

That TV exposure from SPEED and FOX begins Monday. Expect it to build and be at a fever pitch by the time practice and qualifying begins in a couple of weeks. SPEED carries the twin Daytona 500 qualifying races, ESPN televises the Nationwide event and FOX beams "The Great American Race" around the world.

The common thread among these items for 2012 is Patrick. With the IndyCar excuse gone, Patrick is now on the spot to deliver just like any other competitor. It's going to be fascinating to watch the NASCAR TV partners deal with this new and unique challenge. She's back and this time, it's for real.

Update 12PM ET Monday: Patrick just announced on the Charlotte Media Tour at SHR that she has added the Coke 600 to her Sprint Cup Series schedule. That means that she will not be in the Indy 500 this year. Pretty big news, especially for IndyCar.

Update 12:30PM ET Monday: Greg Zipadelli just told the media that Danica Patrick will be locked into the Daytona 500. He would not say where the points would come from to lock in that car. This is huge news, expect the media to run with it over the next couple of days. Patrick in the "Great American Race."