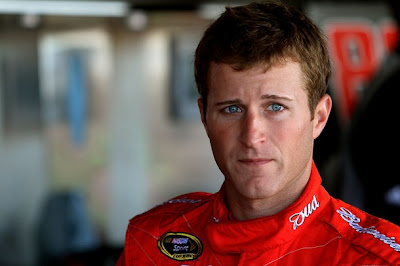 NASCAR follows college football on ABC Saturday night. The telecast is scheduled to begin at 7PM with thirty minutes of pre-race show.

Allen Bestwick will have a full house tonight. Ray Evernham, Rusty Wallace and Brad Daugherty are all in the Infield Pit Studio for the pre-race, the event and the post-race coverage. Evernham is a breath of fresh air and he works well with Wallace. Unfortunately, Daugherty is relegated to his cheerleader role in this scenario.

Marty Reid will be calling the race with Dale Jarrett and Andy Petree alongside. These three did not have a very good Friday night calling the Nationwide Series race. They had a long day on the air handling multiple sessions and that showed with the lack of energy on the NNS race telecast.

Tim Brewer will be in the Tech Garage. His performances have become cult classics as he reviews mostly the same information he has offered since 2007. Dr. Jerry Punch, Jamie Little, Dave Burns and Vince Welch are the pit road reporters.

ESPN has a formula that maddened fans on Friday night. Each segment of the race begins with wide shots and an overview of the race. Then, the director slowly zooms the cameras in just like FOX until only one or two cars is being shown on the TV screen at a time.

The telecasts for the viewers ultimately become a series of random cuts between pictures of two cars racing for position. ESPN had confirmed that this style will continue by now showing two video boxes on the screen, even at short tracks like Richmond.

What do each of the two video boxes have in them? That's right, a tight camera shot of two cars racing for position. Fundamentally, it's embarrassing that ESPN cannot adopt a NASCAR production strategy that makes sense for the fans watching at home.

There are a lot of other viewing options tonight, including top of the line sports. It's going to be very important as NASCAR moves into the Chase to harness some momentum tonight and carry it down the stretch as the sport begins to compete head-to-head with the NFL on Sunday afternoons.

This post will allow you to voice your opinion on the ABC coverage of the Sprint Cup Series race from Richmond. To add your comment, just click on the comments button below. This is a family-friendly website, please keep that in mind when posting. Thanks for taking the time to stop by.
Posted by Daly Planet Editor at 6:15 PM 402 comments: