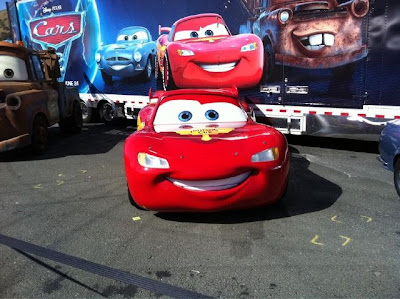 TNT heads into Sonoma with a track record of producing solid races and then leaving the air earlier than fans are used to seeing this season. This road course can bring all kinds of issues that are not seen with the ovals.

Lindsay Czarniak announced this past week that after the TNT races she is going to be joining ESPN full-time and moving to Connecticut. There is absolutely no indication that her role will have any contact with NASCAR programming at all. Czarniak is a veteran anchor, reporter and is closely associated with the NFL.

Czarniak will host the Countdown to Green pre-race show with Kyle Petty and Larry McReynolds from the TNT infield rig. In the past, this set has been located at the top of the drag strip. It should be interesting to see where TNT chose to locate the anchor position this season.

Adam Alexander will call the race with Petty and Wally Dallenbach Jr. from the TV booth. Matt Yocum, Chris Neville, Marty Snider and Ralph Sheheen are the pit reporters.

Last year Jeff Gordon ruffled some feathers as the race quickly took on a "bump and run" feel with no slack given to other competitors. Paybacks were promised at that time by numerous drivers. It will be interesting to see given the "boys have at it" atmosphere that continues in the sport what happens today on track.

Road course coverage is a mix of single corner cameras mixed with in-car cams and aerial shots. The issue in this type of coverage is not what angle to choose, but what group of cars to follow. This is normally the leaders, but can be a tight bunch that has been racing hard for position. Keep an eye on who TNT chooses to follow.

Pit road strategy is completely different on a road course and often tough to explain. Luckily, TNT has a solid team of reporters who will need to keep on top of this task as the race goes on. Often, it seems to make no sense when cars pit to fans at home.

McReynolds will have to be on his game as the new racing fuel blend with Ethanol has resulted in lower mileage. This changes the race from a two to three stop strategy as teams literally cannot make it on two stops anymore. We originally heard from the Corn Ethanol group that there was no loss of fuel mileage, only better performance.

The day is clear, weather is not a factor and the track president is reporting that ticket sales are up for this race. The green flag is scheduled for 3:18PM ET.

This post will serve to host your comments on the TNT coverage of the Sprint Cup Series race from Infineon Raceway. To add your TV-related opinion, just click on the comments button below. Thank you for taking the time to stop by The Daly Planet. 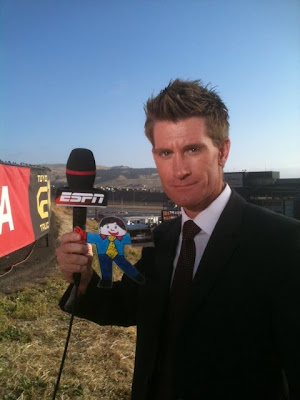 We have three hours of NASCAR TV today before TNT's pre-race show. First up is NASCAR Now on ESPN2. Nicole Briscoe is hosting from the ESPN studios in Bristol, CT. In Sonoma at Infineon Raceway are reporters Marty Smith and Mike Massaro.

ESPN left Nationwide Series viewers in a lurch on Saturday after the race from Road America. Lots of issues were not sorted out and few drivers were interviewed before the network left for a playback of a rallycross show. It was a bad decision.

NASCAR Now needs to get right on top of those stories and clear-up the Nationwide Series issues. A late caution caused chaos as several cars passed the leader. It was never explained why there were no penalties, but Reed Sorenson was then called the winner of the race after the checkered flag. A single TV replay made all the difference.

Over on SPEED, there is two hours of NASCAR Raceday from Sonoma. Kyle Petty is working for TNT and Kenny Wallace raced in Wisconsin on Saturday. That means Darrell Waltrip and Hermie Sadler get a turn on the expert panel. John Roberts is hosting and Wendy Venturini is reporting. Also on today's show will be Rutledge Wood and Bob Dillner.

RaceDay changes with the personalities involved. Kyle Petty and Kenny Wallace bring one dynamic to the program, while Waltrip and Sadler bring another. Over the years this show has also featured Jimmy Spencer and Michael Waltrip in the featured analyst role.

Make no mistake about it, Venturini is the rock of this show. Her ability to flow through the garage area and handle virtually any type of interview and issue has made all the difference in the credibility of the program. The panelists may offer opinions, but she goes and gets the stories.

Two hours is a long time to fill and the NASCAR Media Group pulls out all the stops in producing the show. Interviews, features and news are mixed with the opinions of the two panelists in a format run by Roberts.

This post will serve to host your comments on the two NASCAR pre-race shows of Sunday morning. To add your opinion, just click on the comments button below. Thanks for taking the time to stop by The Daly Planet.