"This Week In NASCAR" Back On Track 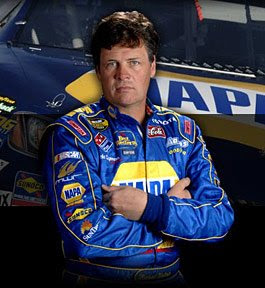 It's been a bumpy road this season for the Monday night NASCAR show on SPEED. The second year of This Week In NASCAR was supposed to be an easy assignment. The show had ended last season on a high note with a good dynamic among the panelists and the new host was fitting right in.

Rather than staying in the dingy and cramped studios of The NASCAR Media Group, the show was moved to the brand new High Definition SPEED studios in north Charlotte. Instead of an improvement, it was almost a disaster.

In the weeks that followed, improvements had to be made to everything from the studio set to the make-up. Problems with a bad audio mix continued to dog the show and last week the blasting music overpowered the talent and many of the good comments could not be heard.

Let's give credit where credit is due. This week, SPEED and NMG seemed to solve the problems and let the attention go back to the comments of the "expert panel." Michael Waltrip and Greg Biffle were on the show Monday with Steve Byrnes hosting.

This was a key show because of the coming "off-week." Next Monday there will be no highlights and commentary. Instead, NASCAR Hall of Fame Director Winston Kelly will be the guest as he previews the opening of the Charlotte facility. From the bricks in front of the building to the new attractions, Kelly should have some good information.

Waltrip, Biffle and Byrnes are old hands at this "TV stuff" now and it showed on Monday night. A good review of the Sprint Cup Series race included observations from both drivers about their personal struggles in Atlanta and amazement at the accomplishments of Kurt Busch.

That was a perfect transition into the memorable Camping World Truck Series race where Kurt's younger brother Kyle turned in a dazzling performance. Featuring the CWTS highlights after every race has been a welcome addition to the program.

Nothing has changed this series more than the great decision to put the race reviews first and the preview at the end. This show offered a solid video feature on the history of the Bristol Motor Speedway and then allowed all three announcers to reflect on their personal memories of the racing over the seasons.

As usual, the edited features from The NASCAR Media Group, who produces the show, continued to sparkle. Bringing in all of the video and audio sources available to NMG after a racing weekend make for an eclectic mix of the different TV and radio networks covering the sport. Topping that blend off with the "scanner chatter" from the team radios has made for a solid feature since the show began.

There certainly are a lot of in-show sponsored elements for Byrnes to handle, but that pays the bills and he has begun to make his transitions to these elements smoother. Nothing, however, could make the giant GEICO sign on the set more obvious.

It must have been nice for the cast and TV crew to put a clean show in the can from the new studios that was solid from start to finish. SPEED HD continues to expand nationwide and now that the kinks are out, things are looking good.

Thanks again for stopping by The Daly Planet.
Posted by Daly Planet Editor at 9:43 PM 16 comments: