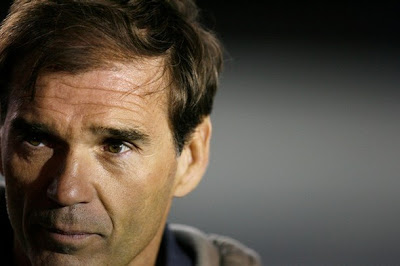 Thank you for all the email, but we are not yet aware of what role Ray Evernham will be playing for ESPN next season as an announcer. The recent news that Evernham will indeed sell his remaining interest in GEM and retire from NASCAR was expected.

As we mentioned in (click here) this column, Evernham was a surprise addition to the ESPN line-up in 2008 and the variety of roles he was assigned this season was clearly an audition for future opportunities.

Evernham has been in the broadcast booth as an analyst, worked on the Monday NASCAR Now roundtable show, provided NASCAR commentary for ESPNEWS and also most recently was a panelist in the Infield Pit Studio for the Cup Series events.

We will update his status with ESPN when news comes along. The comment section will remain open, but please post comments about Evernham's personal life elsewhere. Our interest is who he might replace on the ESPN team or if he will be added as an Infield Pit Studio panelist once again in 2009.

Click on the title to read the full story:
Evernham Leaving GEM and NASCAR (examiner.com)
East Lincoln Speedway Could Be Next For Evernham (Charlotte Observer)
Ray Evernham Leaving NASCAR (Bleacher Report)
Evernham To Retire (NASCAR.com)
Posted by Daly Planet Editor at 9:11 AM 20 comments: