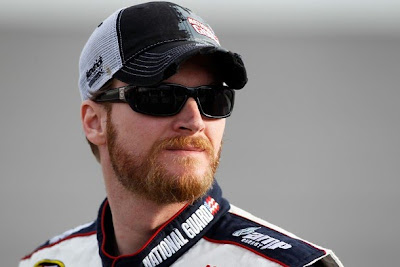 It's a very different weekend at Richmond International Raceway. Other than Marty Smith and Shannon Spake on-site for NASCAR Now, there is no ESPN presence at the track. SPEED handled the Nationwide Series race Friday night and FOX will produce the Sprint Cup Series race tonight.

Darrell Waltrip is a busy man. He is clearly the personality that both SPEED and FOX want on as many NASCAR shows as possible. This has pushed Jeff Hammond and Larry McReynolds toward the back burner.

Waltrip once again will be the star as he kicks-off the pre-race show with Chris Myers and Hammond from the outdoor infield stage. Hammond and Myers then move inside the Hollywood Hotel for the rest of the event.

Waltrip heads upstairs for the race telecast with Mike Joy and Larry McReynolds. Richmond needs the excitement that we used to see from Joy, not the current level of information being offered between Waltrip outbursts of emotion. Friday night, SPEED's Rick Allen kept a tight leash on Waltrip for the truck series race and it worked out quite well.

There are lots of stories tonight including Denny Hamlin racing at his home track and Kyle Busch continuing to grow-up before our eyes. The reality is that the stage is set for Dale Earnhardt Jr. to continue his resurgence at a track where he has a history of success. An Earnhardt win would a huge shot in the arm for the sport.

FOX has choices tonight on how to present the race. Last night, SPEED used wideshots to show groups of cars racing and keep the TV viewers in the loop of who was where and how they got there. This season FOX has been enamored of in-car cameras and "hyper-tight" coverage. On a short track, it could be a disaster.

Tonight will also shine the spotlight on the pit reporters. Steve Byrnes, Krista Voda, Matt Yocum and Dick Berggren are the best in the business. FOX has allowed them to fade as the race telecast rolls on and Waltrip takes over. With all the different fuel and tire strategies we will see tonight, it will be important to make all four pit reporters an integral part of the telecast.

Richmond under the lights is exactly what NASCAR needs to shake the "lovebug" racing out of the minds of the fans. The Nationwide race featured two-wide racing and fantastic restarts. While the Cup drivers are concerned about tire wear, the story of the race may be fuel if long green flag runs are the order of the day.

This post will serve to host your comments on the NASCAR on FOX coverage of the Sprint Cup Series race from Richmond, VA. To add your TV-related comment, just click on the comments button below. This is a family-friendly website, please keep that in mind when posting. Thank you for taking the time to stop by The Daly Planet.