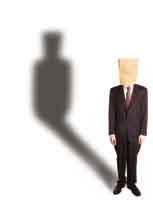 ESPN's "bi-polar nightmare" continued with Friday's version of NASCAR Now. Coming off two of the finest episodes ever produced by the network, the post-qualifying show was a disaster.

With rain cancelling qualifying at The Glen, NASCAR Now decided to abandon its "hard news" approach and return to the sports-talk radio land of "innuendo and hype." Somehow, it echoed the tone of the Mike and Mike Show heard earlier that day on ESPN2.

Boris Said wanted to race this Sunday, but his status of only being able to qualify on speed forced him to go home after the rain-out. Speaking with the "show host," Said was framed as a person "wronged" by NASCAR because of their rules.

The "show host" encouraged Said to complain, as any driver would, that the current rules kept him out of the race. Suggestions were made that NASCAR has "a problem" and they need to "fix it." There certainly was a problem. No one from NASCAR was interviewed, asked to explain the situation, or even referred to by name. Journalists call it "both sides of the story."

This key issue was "hyped" even though this situation has been beaten almost to death this season. NASCAR has said many times they are trying to find a solution and may make some changes for next year. It is beyond old news. With only a handful of races to go before "The Chase," things are not going to suddenly change for the sport because...it rained.

Luckily, ESPN's own trio of Dr. Jerry Punch, Rusty Wallace, and Andy Petree came on-camera from The Glen to deal with this issue. There was only one little problem. They never mentioned it. Never referenced it. Never dealt with it. They did not even call the "show host" by his name or seemingly understand anything the show had just spoken about as the lead story.

This is the ESPN world of "two camps." Two rival fraternities that have all the fundamental problems you would expect with territory and ego. It is the "studio" fraternity vs. the "remote productions" frat. These two have been going at it all season long, with both this show and the NASCAR fans as the victims of their problems.

Jerry Punch and his crew never dealt with, acknowledged, or even gave a shred of credibility to what the "show host" and his production team had decided was the "top story" of the show. How does this happen? We know ESPN has plenty of cell phones available, and we have seen them used many times on NASCAR Now to actually communicate.

When Punch finished the "remote productions" advancer, he "wrapped" the piece without even "throwing" back to the "show host." This basically means that Punch and company sent one advancer that many ESPN media sources are going to use. One "generic piece" for everyone.

Somehow, in the twisted ego-driven world of ESPN, the "NASCAR announcing crew" at the track could not find the time to provide an advancer that was "cut" for NASCAR Now. Isn't that just simply hard to even comprehend?

In the end, it left both parties with egg on their face. The "NASCAR announce crew" looked like complete idiots, because they clearly had no idea what stories NASCAR Now would feature, and even how the "show host" would "lead into" their advancer. Remember the old saying about the left hand and the right hand?

Continuing that theme, reporter Shannon Spake came on with a feature about The Glen, and used "sound bites" from Dale Earnhardt Jr. and Kurt Busch. Unfortunately, the interviews did not "match." Junior was speaking in a "hauler" directly on-camera while Kurt Busch was simply speaking on a single mic to all the press in the Media Center. ESPN was on-scene all day, is the official TV network, gets the first interviews automatically, and NASCAR Now gets "pool feed" video?

The funny thing is that Spake clearly put this feature "in the can" without the rain. She never mentioned the weather, starting by points, or how these two drivers felt not having a chance to race for the pole. Then, in the best part of the report, she "wrapped" the piece nice and dry in exactly the same spot NASCAR Now had shown as soaking wet only a couple of minutes prior.

As if things could not get more ridiculous, JJ Yeley was announcing he is leaving Joe Gibbs Racing at the end of the season. ESPN certainly would have him speaking with a reporter, possibly in the ESPN Infield Studio, and absolutely ask him questions since they had an entire production team on-site.

Incredibly, Yeley's comments were just "played back" raw with no ESPN reporter interviewing him. This was a big moment in the Kyle Busch saga, and there were many questions to ask about the rest of the season, changing rides early, and even how this finally came to pass. ESPN had over one hundred TV production people on-site in Watkins Glen in the rain. They couldn't even find a "reporter" to interview Yeley?

The "show host" then brought on-camera reporter Angelique Chengelis who talked about what Yeley had done, had said, and how this came about. Chengelis was standing on the front-stretch at Watkins Glen. Can you see where I am going with this one? Maybe if Chengelis and Yeley could walk over to the same place...she could actually ask him these questions and we could hear him answer.

Chengelis was then asked about Kyle Busch, and responded to questions about his future with Gibbs, his feelings about his 2008 team mates, and the potential change to Toyota. Again, can you see where this is going? Kyle Busch was sitting in his motorhome within walking distance. Perhaps, with a little coordination and effort, fans might have heard these topics addressed...by Kyle.

Finally, poor Clint Bowyer was interviewed live by the "show host." The first question was "what do you guys do all day at the track when it rains?" While Clint was polite with his answer to this ridiculous question, NASCAR fans might not be so friendly to ESPN with their questions about The Glen.

After watching this edition of NASCAR Now, fans have a right to ask the network "what did you TV guys do all day at the track while it rained?"

We can assume the answer was not "work on stories for NASCAR Now." The proof was right on the screen.

The Daly Planet welcomes comments from readers. Simply click on the COMMENTS button below, or email editor@thedalyplanet.tv if you wish not to be published. Thanks again for stopping-by and leaving your opinion.
Posted by Daly Planet Editor at 6:35 PM 15 comments: