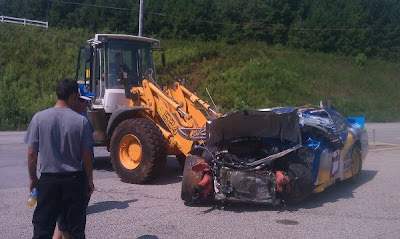 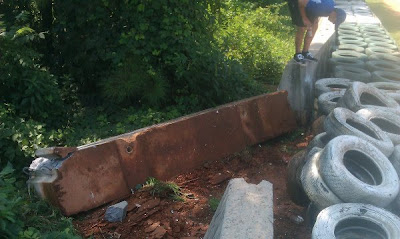 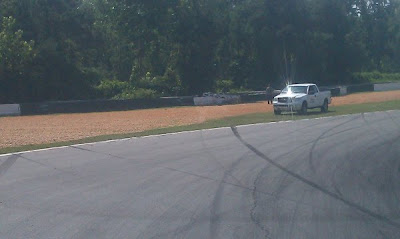 I use twitter to follow Nascar, golf and Green Bay Packer players.
Today Bubba Smith past away and Bubba Watson (golfer) tweeted and said he was named after Bubba Smith.
I don't often tweet back to anyone. Just read tweets from people I follow.
You can choose who you follow and if decide this person wasn't that interesting you can just un-follow this person.
You can customize your own twitter and who you follow.

Charlie, I'm about as hooked on Twitter as I am on Facebook. What an addiction. I must say the "like" factor for Jimmie Johnson has gone way up since he joined Twitter. Who knew he would be so personable and fan friendly and had such a great personality. I'm totally impressed with him. And I like the Kes a lot, too, but pleasantly surprised by JJ.

why testing at Road Atlanta?

After seeing the picture of Brad's ankle, I have no idea how he thinks he's going to race this weekend.

And if you had followed Jimmie Johnson on Twitter, you'd have seen his Tweets of pictures of "mini Chad" and about died laughing.

Twitter is the best, as JD says, because you can actually interact with these drivers one-on-one.

Testing is only allowed at non-NASCAR sanctioned tracks. Many teams test for road courses at Road Atlanta

I started following JJ when he started using Twitter. Not because I'm a fan of his and I'm not, but just because I wanted to hear his take on things.

What I've seen since is not the vanilla driver I thought he was. He has a wicked sense of humor as he showed again yesterday with his saga of "mini Chad" tweets. It was hilarious!

He was there at the track and was the first to send out pictures of Brad's wreck. And keep us updated on Brad's condition along with Brad himself tweeting. Good job Jimmie and Brad keeping the fans informed of what was going on with Twitter.

Jimmie did such a good job yesterday, I think some of the lame stream NASCAR media should be afraid of being replaced. JJ showed that this reporting stuff isn't that hard at all. Good job Jimmie.

For those of you not on Twitter, you're missing a lot. Sure there's a lot of BS on Twitter, but as you use it you'll find out who to follow and who to not follow. It's a great source on information, especially on race weekends.

Another vote for the usefulness & appeal of Twitter in terms of information distribution, breaking news, glimpses into NASCAR personal lives & varied opinions. Do research in picking which accounts are best & definitely make use of lists to keep it organized & not overwhelming.

Hornish is officially in for Keselowski at Iowa.

Road Atlanta is actually one of the tracks that probably deserves its race back on the schedule, especially if we lose Montreal.

Update from Jayski: Kilgerman will practice Keselowski's Nationwide car and Hornish will qualify and race it; no word yet on Keselowski's status for the Cup race.

Remember when Jayski was on top of EVERYTHING and had the breaking news before anyone else? Yeah, Twitter is way ahead of him these days

You can look me up @wickedj8

On a related note, apparantly one of the NCWTS haulers crashed into the flag stand at pocono

Well, like Karen, I'm as hooked on Twitter as I am Facebook: I don't get either. I just find the 'wheat to chaff' ratio to be too low. I also don't feel the need to get information immediately. It made no difference to me that I didn't learn about Brad's accident until I read it here several hours after it happened.